One of Chatham-Kent’s own is going for the gold in the Tokyo Olympics.

It’s a dream come true for Nicholas, who has been training full-time to play at an international level since moving to British Columbia for that reason in 2015.

“I’ve always wanted to be a professional athlete,” Nicholas said in a recent telephone interview.

She said she played all kinds of sports but eventually gravitated to rugby.
The hard-working Nicholas is prepared. She is on a team that’s ranked third in the world, coming in behind New Zealand at number one, and Australia, second.

Nicholas at 27 is no stranger to high-level competition. She’s been playing rugby since her youth, locally and provincially, going on to earn a gold medal with the Canadian team at the Pan American games in Lima, Peru in 2019.

Nicholas’ 13-member team will begin the competition in Japan on July 28 for a three-day period. However, no family will be waving from the stands, as international fans aren’t allowed due to COVID-19 restrictions.

Fan capacity is set at 50 per cent.

“I guess we’ll all see who likes rugby in Tokyo,” Nicholas joked from her home in Langford, B.C.

The pandemic had put the fate of the Olympics in peril. COVID-19 caused the games to be cancelled in 2020. This year’s games were only given the green light in early June.

Luckily for Nicholas, her team never let up on their training and they’re ready.

“Things have really sped up for us in the past couple of weeks,” said Nicholas. She added the team is leaving for Asia July 21.

She said her team kept up their six-day-a-week training regimen even though the competition was up in the air.

“We are ready,” Nicholas said. “We definitely kept practicing.”

Ironically, British Columbia’s recent heat wave proved to be an asset for the team, rather than a liability. Nicholas said it allowed the players to train in the hot weather, which is what they will face in Tokyo.

“It kind of worked out for us,” Nicholas said, although she admits the team did have to spend more time in the shade. 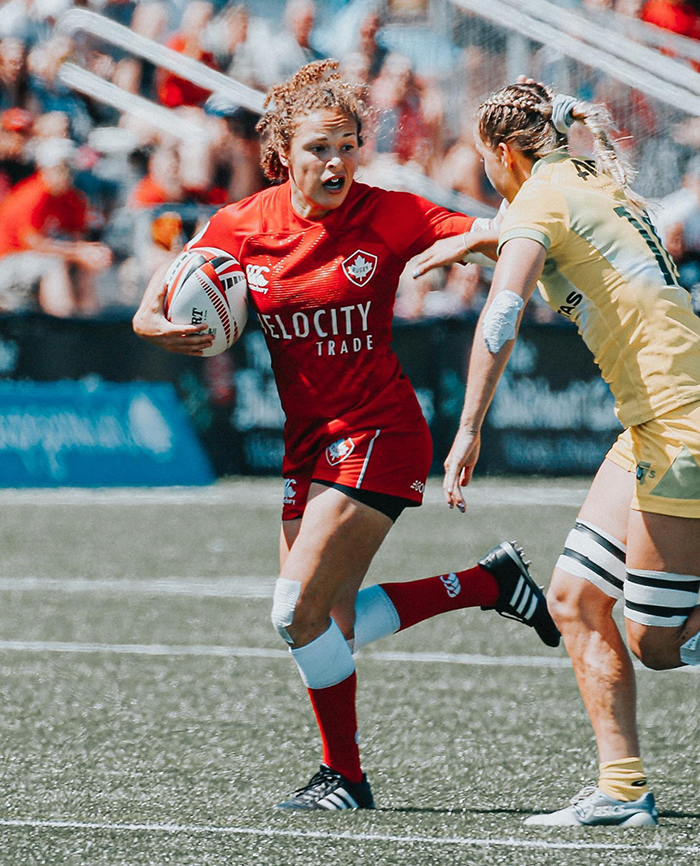