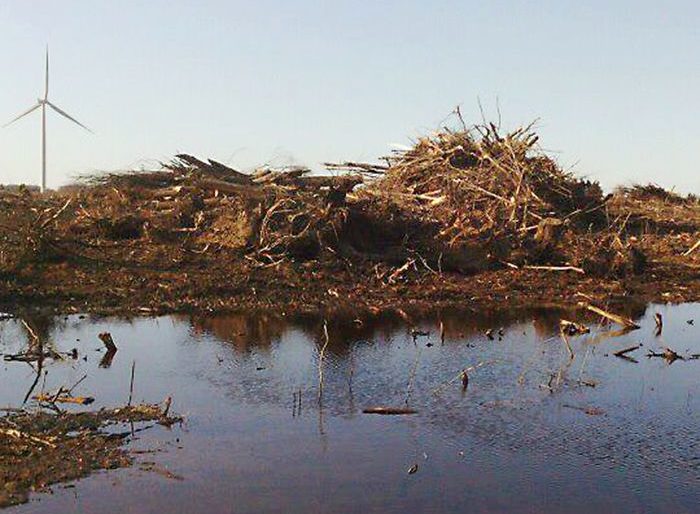 Woodlot clearing in Chatham-Kent has been put on pause.

After lengthy discussion at its regular meeting April 26, council approved a motion from councillor Aaron Hall calling for a 120-day halt to the clear cutting of local woodlots to allow administration time to examine the historically contentious issue.

The Wallaceburg representative said there’s a great deal of “passion” surrounding tree cutting, which he hopes can be harnessed to create collaborative change.

“I believe this enthusiasm will be an absolutely key element as we move forward,” Hall said.

He pointed out that environmental sustainability is a key plank of Chatham-Kent’s vision statement and the municipality’s plan for 2035.

The temporary bylaw calls for administration to examine best practices in other jurisdictions including incentives for landowners, public consultation, which can include virtual meetings and online comment, as well as updating the municipality’s natural heritage policy.

The bylaw also requires administration to review the 2013 bylaw.

Chatham-Kent is one only two municipalities in Ontario without a tree cutting bylaw, yet it carries the distinction of having the lowest natural forest cover in the province at around 3.5 per cent.

A total of 21 deputations were presented at the meeting, with the majority in favour of putting in restrictions.

When questioned if the new rules prohibit all tree cutting, Chatham-Kent’s top legal official said it doesn’t apply to all.

David Taylor said the bylaw is “pertinent to clear cutting;” and cutting trees for drainage projects, or to square up a field can still go forward.

Councillors who opposed the bylaw felt it was wrong to bring the proposal forward during planting season, as farmers are too busy to properly address it.

South Kent Coun. Anthony Ceccaci said he was critical of the timing of the temporary bylaw, adding he wants all stakeholders to be part of the conversation.

Other councillors said they couldn’t support the motion without all the information, as Chatham-Kent is awaiting the results of an aerial survey that will detail the true status of Chatham-Kent’s natural areas.

Ward 3 councillor John Wright, himself an owner of a 50-acre woodlot in East Kent, said he wished the motion would have been put off until the results of the study were in.

Wright also told council that the municipality does not set a good example of land stewardship. He said he’s been told staff cuts trees along the roadways but doesn’t replant them, as they don’t want to do the maintenance.

Wright said tree-cutting rules need to be applied to rural and urban property owners in an equitable way, rather than singling out one group.

“We need to have a balance,” he said.

South Kent Coun. Trevor Thompson said “bad actors” have pushed the issue to the forefront again. He added he’s concerned a future bylaw may be seen by some as a “cash grab” if expensive permits are needed to cut trees.

Like Wright, he also said he wished there could have been a behind-the-scenes discussion.

Bruce McAllister, general manager of community development, said the aerial survey was expected to be released in July, but has pushed back because of COVID-19.

The April 26 meeting marks the first time Chatham-Kent has addressed the woodlot preservation issue since an unsuccessful tree-cutting bylaw was introduced in 2013.

What followed was widespread woodlot clearing — some conservationists called it an “environmental Armageddon” — as farmers scrambled to get ahead of the ruling.

Councillors of the day turned it down, thanks in part to Chatham-Kent’s powerful agricultural lobby.

Wallaceburg Coun. Carmen McGregor, a supporter of new bylaw, said the temporary measure isn’t the “finale,” calling it “a great opportunity to deal with an issue that’s not been properly dealt with since 2013.”

West Kent Coun. Melissa Harrigan said adopting the temporary measure is key, because by protecting woodlots, it offers council a “protective space” to engage in the conversation.

Chatham Coun. Brock McGregor said the ideas put forth in the temporary bylaw allow for a “long runway” to find out what all the options are.

South Kent Coun. Mary Claire Latimer voted against the bylaw, saying she’s worried about the concerns of the “silent majority” of responsible landowners and farmers.

“Two percent of the industry are ruining it,” she told council, adding Chatham-Kent’s booming agri-business is successful in part, because it holds 20 per cent of the municipal drains in Ontario.

“We are what we are,” Latimer explained.

Pinnsonneault said he didn’t support the bylaw as it’s a “segue” into a bylaw that will seriously reduce the value of land.

A report on the bylaw’s progress will come back to council in three months time.