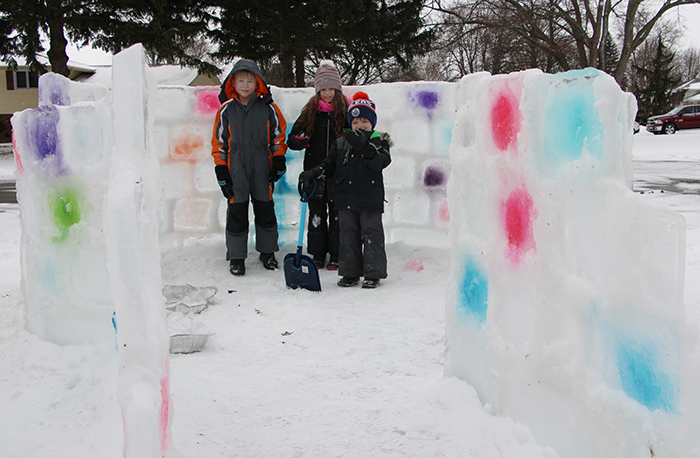 Ty McDonald, 9, and siblings Rilynn, 7, and Decklyn Oliveira, 4, take a break from their construction work to pose in their ice castle.

That according to siblings Decklyn and Rilynn Oliveira and their friend Ty McDonald as they built their special snow fort over the course of a week.

On Saturday the youngsters, with help from their parents, were completing their multi-colored castle.

According to her mom, Candice Oliveira, the project took nine days to complete. 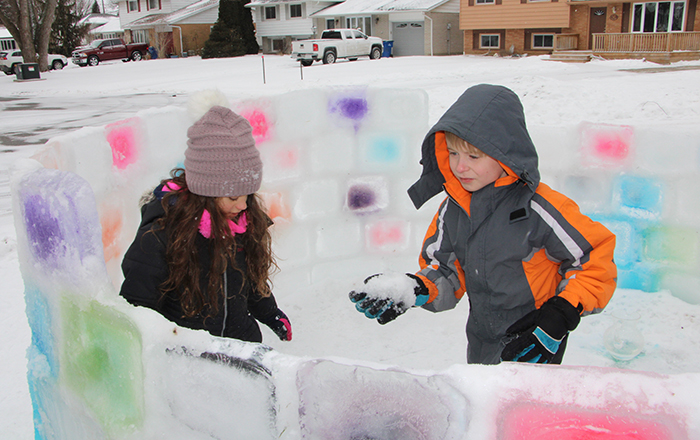 Ty McDonald and Rilynn Oliveira work on their ice castle.

Oliveria got the idea while browsing for winter activities online. She was quickly up and ready to go, filling between 25 to 30 aluminum trays with water and some food colouring.

“And it’s also filled with unicorn magic that can only be found on Finch Court,” Oliveria said.

“I can’t wait to lay down and see the stars,” Rilynn told her dad. 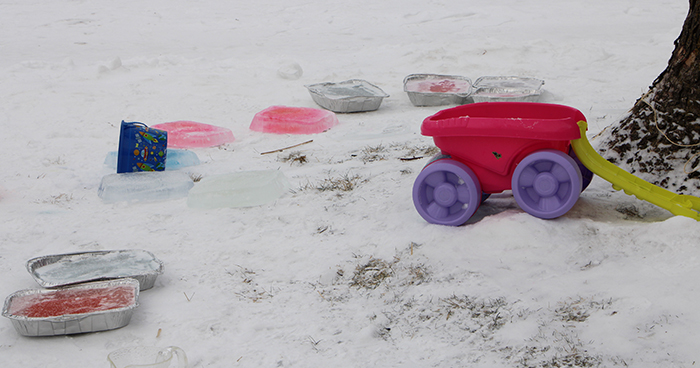 The Oliveiras had their freezer full with 20-30 ice trays each day for a week to make their ice blocks for the castle in their yard.