Just before 2 a.m. this morning, police responded to a domestic disturbance at a residence in the Chatham area.

Through investigation, police learned that a verbal argument escalated into a physical altercation. The man fled the residence prior to police arrival.

Officers followed the footprints in the snow and located the man hiding in a tree line approximately two kilometres from the residence.

The woman was transported to hospital via ambulance for medical attention.

A 36-year-old man of no fixed address was arrested and charged with assault causing bodily harm, assault and uttering threats. He was also arrested on an outstanding warrant in connection with an assault investigation involving a different woman.

The man has been held in custody pending a bail hearing.

Yesterday morning, around 7:30 a.m. Chatham-Kent police responded to a domestic disturbance at a residence in the Wallaceburg area.

The man fled prior to police arrival.

Officers located the man yesterday afternoon and he was taken into custody. A 48-year-old Wallaceburg man was charged with assault and uttering threats.

Last night, just before 8 p.m. an officer on general patrol initiated a traffic stop on Prince Street in Chatham for a Highway Traffic Act violation.

Through investigation, the officer believed the woman was driving while impaired and a Standard Field Sobriety Test was conducted, which resulted in her arrest.

The woman was transported to police headquarters where a Drug Recognition Expert conducted an evaluation. As a result, the DRE officer believed the woman was impaired by a drug.

Upon being searched incident to arrest, the woman was also found to be in possession of suspected methamphetamine.

A 33-year-old woman of no fixed address was charged with impaired driving and drug possession.

Shortly after 10:30 a.m. yesterday morning, police responded to a shoplifting complaint at the Real Canadian Superstore in Chatham.

A 37-year-old Wallaceburg woman was arrested and charged with theft under $5,000 and being in possession of property obtained by a crime under $5,000.

Yesterday morning, police located a man in Chatham who was wanted in connection with a theft investigation.

A 50-year-old Chatham man was arrested and released pending a future court date.

Yesterday morning, police located a woman in Chatham who was wanted in connection with a shoplifting incident. Trinity Gallerno, 20 years, of King Street in Chatham was arrested and released pending a future court date of March 10, 2021.

Yesterday afternoon, police located a man in Chatham who was wanted for assault, failing to attend court and failing to comply with his release conditions.

A 42-year-old Chatham man was arrested and released pending a future court date.

A 33-year-old Windsor man was arrested and released pending a future court date.

Sometime between Saturday afternoon and Monday morning, someone stole a grey 2003 GMC Sierra pick-up truck from a parking lot on Sandys Street.

The truck was last seen with Ontario license plates ONZEHUT. 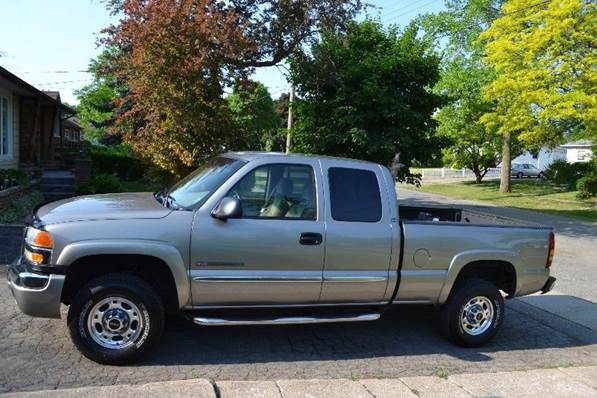