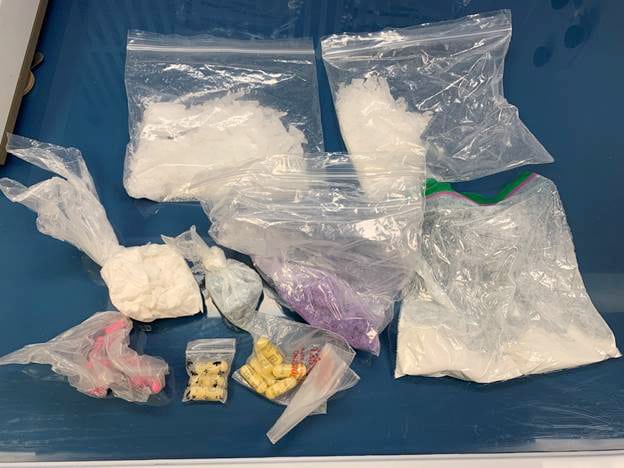 In total, approximately $36,000 worth of suspected cocaine, fentanyl, methamphetamine and hydromorphone was seized.

Stacy Ritchie, 36, and Brian Vandusen, 42, of Chatham, were arrested and charged with two counts of drug possession.

Michael Moody, 37, of Chatham, Michael Teare, 43, of Bothwell, and Cheryl Kovats, 37, of Harwich Twp., all face four counts of possession for the purpose of trafficking.