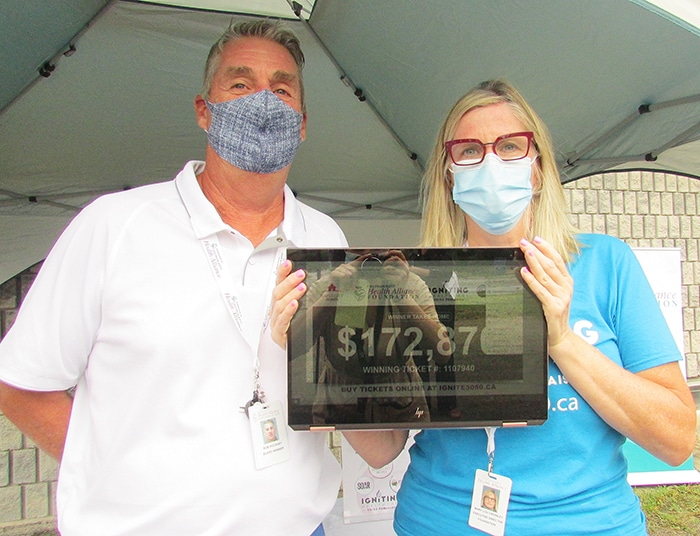 One lucky resident in Chatham-Kent will be taking home a grand total of $172,870.

On Wednesday afternoon, the Chatham-Kent Health Alliance Foundation drew the winning ticket for their fundraiser. The lucky number is 1107940.

As of Thursday morning, a winner had still not come forward.

But the real winner is the urology department which exceeded its fundraising goals this year.

The goal was to raise $200,000, half of which would go toward a C-Arm for the urology department. Instead, the foundation managed to raise a grand total of $345,740.

“We incurred an amazing team of volunteers who work very hard throughout the pandemic,” said Mary Lou Crowley, executive director of the foundation.

Crowley and Greg Hetherington, president of CKHAF, both acknowledged all of the volunteers who helped.

“The whole team reached out to every community in Chatham-Kent and that made all the difference,” Hetherington said.

A C-arm is a flexible medical imaging device that can be used during procedures, such as the removal of kidney stones, to assist the urologist.

CKHA recently announced Dr. Hamidreza Abdi as the new urologist, after more than five years without a local urology department.

“We will now have the two most critical pieces of equipment here for him,” Crowley said. “Again the community came through without a doubt.”