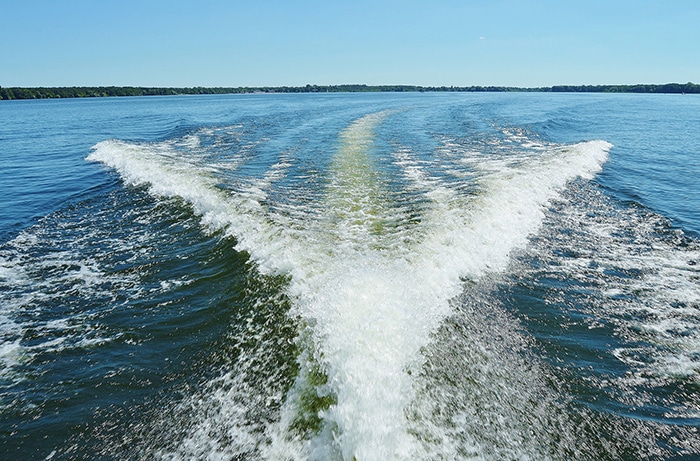 At a press briefing on Thursday, Dr. David Colby, Chatham-Kent’s medical officer of health, said the trip took place in Eastern Ontario and was several days in duration.

Eighty-four cases remain active, with three of those individuals hospitalized. This week, a 50-year-old woman passed away from COVID-19. Chatham-Kent’s death rate remains the lowest in the region.

Regarding the latest surge from the boaters, Colby reiterated that the social gatherings of boaters that occur on Lake St Clair is not the source of the problem.

“But the message here is that we’ve got rational rules in play, and they just need to be followed.”

Outdoor gatherings can be no more than 100 people and that is contingent upon physical distancing. The only individuals that are allowed to shake hands or hug are people in the same 10-person social circle.

Colby won’t be imposing fines on the boaters, as that would be difficult. Fines can only be levied against individuals who have been formally served an order under Section 22 of the Health Protection and Promotion Act.

“I can’t just say ‘you’re a positive case, must have done something wrong and I’m going to fine you.’ Our purpose is to help people, not to punish them. The only punishment is when they become a danger to the public, then that’s used as an incentive to keep them from spreading the infection,” he said.

Colby said overall, Chatham-Kent has flattened the curve very well and local hospitals are not overwhelmed with cases.

“We’ve got a small number of risk situations to Chatham-Kent. The Low German speaking community is very broad,” he said. “That spread is occurring all the way from Essex County to Haldimand County, to North Bergen County.”

In addition to the boaters and Low German speaking community, CK Public Health is also dealing with one workplace outbreak (not open to the public) which is almost under control.

Colby said revealing which towns in Chatham-Kent have clusters of cases from the Low-German speaking community would do more harm than good.

“Just because you don’t know about positives, doesn’t mean that they’re not there,” he said. “You can’t say (COVID-19) isn’t in a community, and when you say it is in a community that’s very small, people tend to overreact to that. The answer is that we have to do the things that keep us safe, all the time.”

One staff member at the Chatham-Kent Health Alliance (CKHA) is isolating after testing positive for COVID-19. CKHA issued a press release Wednesday evening.

The positive case at the Chatham hospital is very concerning for all staff members, and 25 who were in close contact without personal protective equipment (PPE) are self isolating and will be tested, according to Lisa Northcott, vice president, people, and chief nursing executive, CKHA.

“We have notified any staff that have had contact with the individual that tested positive. And so they’re aware if they’ve had contact, and we’re just reiterating with all of our staff, the importance of wearing their personal protective equipment in any interactions,” she said.

Colby said public health is still investigating the situation from the hospital and the community perspective. The individual who first tested positive was asymptomatic and will therefore be retested to ensure the results were not a false positive.

Northcott said that she can confirm the individual who tested positive was wearing all her personal protective equipment while at work.