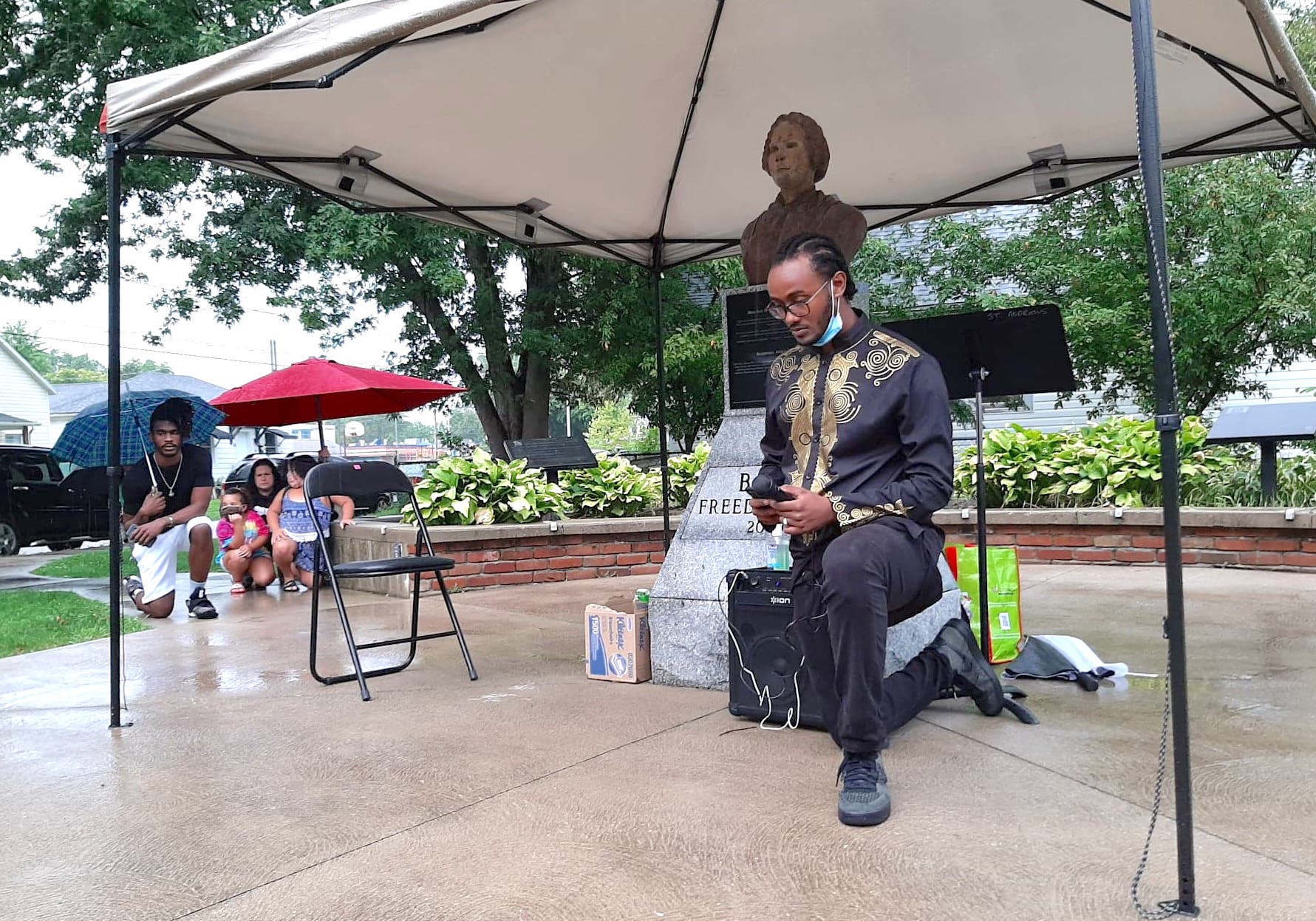 Equipped with masks and umbrellas, approximately 50 people stood apart but united for a cause: To get Emancipation recognized nationwide.

Recently, Chatham-Kent’s council successfully passed a motion to support parliamentary motion M-36 put forward by Richmond Hill MP Majid Jowhari. The motion is to designate Aug. 1 as Emancipation Day in all of Canada. On that day, in 1834, slavery was abolished throughout the British Empire, including Canada.

“I really hope it gets you guys to get the courage to support this motion that is going to be up for months to come in trying to get it passed. It will make the federal government recognize the abolishment of slavery… and acknowledge that slavery existed in British North America prior to abolition in 1834,” said rally organizer Thador Tekhli.

“If this motion passes, it will highlight the contributions that people of African descents have made to Canadian society and will help provide a platform for performing anti black racism.”

Tekhli also said the main theme of the event was to reflect on the question “are black people really free?”

The rally began with attendees taking a knee in honour of George Floyd. He was a black American man killed on May 25 during an arrest when a white police officer knelt on his neck for more than eight minutes.

“We have a community need to do something about that, the abuse needs to end. If you see a migrant worker in the community, go talk to them, listen to their story,” she said.

Rev. Greg Simpson, of the United Church of Canada, spoke about religion and white Christianity. He said there were three things it was time for the church to do in order tackle racism; listening, learning and love.

“I know that only one of the reasons I have the platform that I have is because it was given to me by the colour of my skin,” he said.

Kamryn Whiteye, an Indigenous Youth leader of the Delaware Nation, was also invited to the event to give land acknowledgement and speak about her experiences being both Indigenous woman and an ally to the black community.

“We hold space for the Western society when we are often ignored. When it comes to the land and our rights, we are never asked to think collaboratively. We still fall under the Indian Act and have status cards with expiry dates,” she said.

Whiteye said that Indigenous stories and history within Canada are often ignored, or only talked about through the lens of First Nations failures.

“I know the struggle of not being acknowledged as a human being. I’m here to share that space and amplify any and all of your voices,” she said. “People have misinterpreted who we are as Indigenous and people of colour. That is why there is so much normalized racism within the world. A misinterpretation from European settlers.”

Gwen Robinson, one of the BME Freedom Park founders, watched the events from her car and urged the crowd to continue the momentum of the movement.