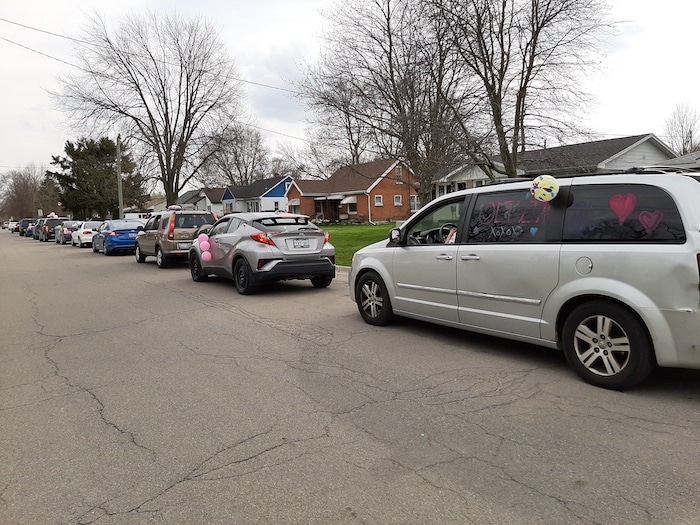 Chatham-Kent’s Convoy of Courage is moving online as the Birthday Cruise is proceeding with business as usual.

The Chatham-Kent Police Service is letting the parades know that while it is appreciative of the support provided to the community and emergency first responders, the convoys are putting them at risk of breaching the Emergency Management and Civil Protection Act (EMCPA).

“During these extraordinary times we (police) appreciate that our citizens wish to help and mitigate the challenges associated to this pandemic in some form or fashion,” Chatham-Kent Police Chief Gary Conn wrote.

“That being said, although we (emergency first responders) appreciate the gesture and recognition, exhibited via these convoys/parades, the reality is our citizens are going about it the wrong way and placing us (police) and themselves in a real precarious position by facilitating the breaching of an order under the EMCPA.”

The order prohibits organized public events, including a parade.

Chatham-Kent Convoy of Courage organizers said they started a petition to be allowed to continue their work.

“Although the odd person has ran a red light/or stop sign or sped through an intersection, it is ridiculous to shut down an event that has spread cheer and brought so many people smiles and joy during this pandemic,” stated their petition started by Jennifer Eagleson.

In the meantime, to celebrate workers, they have also initiated Heroes of CK – Onine Convoy of Courage on Facebook.

“In wanting to accept these events in principle and in the spirit for which they were developed, there are other numerous ways to accomplish this without breaching any laws. As an alternative to showing your support, this can be accomplished through all social media platforms for police, fire, EMS and CKHA. Creating videos as a new alternative way of displaying their appreciation would be just as equally welcomed and encouraged, while remaining at home, where we can all remain safe and healthy as we battle through this pandemic and weather the storm,” Conn said.

Conn said that the social gathering prior to the event could be problematic and the service has received complaints in regard to people gathering at participants’ houses after the events, which requires them to dispatch more police or bylaw enforcement officers.

Conn also said the people organizing the convoys take on an element of liability.

“We (police) have also received traffic complaints, that some participants of these events, fail to obey the rules of the road as stipulated under the Highway Traffic Act (HTA). Road safety is a priority for our police service and as a result, we must ensure that everyone travelling through our community remains safe.”

Meanwhile, Chatham-Kent Birthday Cruise organizers said that as of yet they have not been asked to shut down.

“We are devastated and we are making all necessary phone calls to ensure we can continue to do what we do,” said organizer Laura Carter, responding to negative comments.

Carter added that the Birthday Cruise kicks people out who do not follow the rules. They also do not post their routes online in order to ensure the public does not gather as they drive by, to respect social distancing.