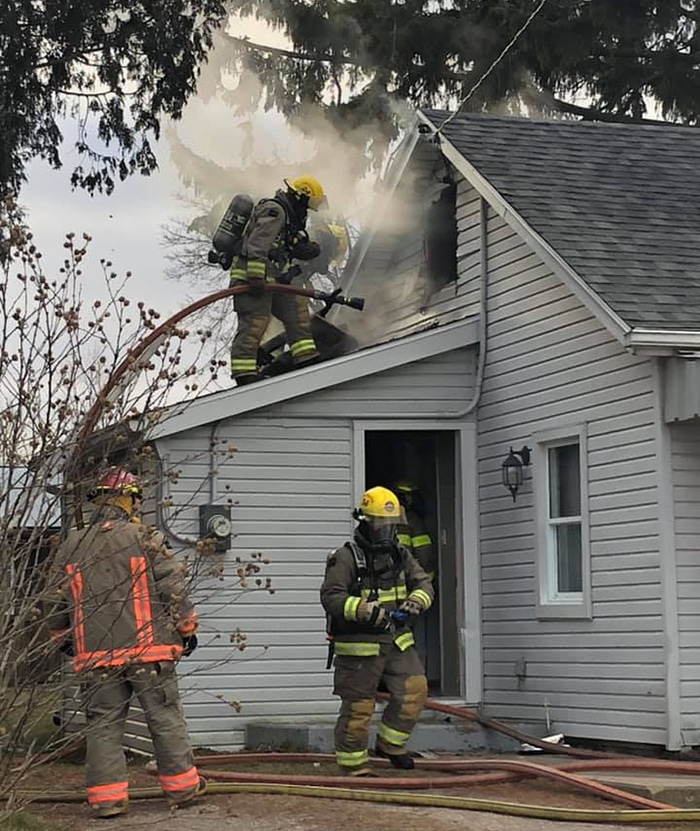 Hours after a $300,000 blaze devastated a home in Merlin, Chatham firefighters got the call about 3:20 p.m. with a report of smoke in the area of O’Neil Street in Chatham.

They found heavy smoke coming from the attic of 64 O’Neil Street.

Officials say firefighters quickly extinguished the flames, which they say was an electrical fire.