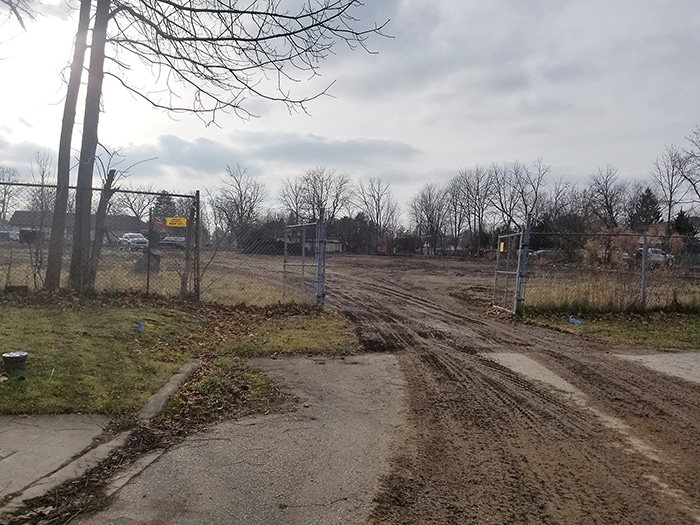 This 2.6-acre property on Taylor Avenue is to be the future site of a 30-home development.

Chatham is one step closer to the construction of approximately 30 small, affordable homes on Taylor Avenue after council voted in favour of the Opportunity Villages Community Land Trust project.

John Norton, General Manager of Community Development for the municipality, wrote a report to council Dec. 9 with the recommendation that the Opportunity Villages Community Land Trust project, to be located at 10 Taylor Ave. in Chatham, be approved for a series of grants or benefits including:

This agreement will require milestones be achieved before funding is provided, including provision of a Business Plan, Governance Plan, and other terms and conditions, to be reviewed and signed off by the CAO, CLO, and CFO of the municipality.

The grants are to be funded from the Strategic Reserve.

The land trust was formed to address the shortage of affordable housing options in C-K, which has been making it difficult to attract and retain entry-level employees, Norton wrote. The Opportunity Villages Community Land Trust is a volunteer board of citizens and professionals brought together to look at solutions in absence of ongoing government subsidy.

Opportunity Villages is proposing to offer housing as a home rather than as an investment vehicle, including smaller, energy-efficient buildings priced well below average price available to a wide variety of households with shared amenities in each development. The homes will be sold with the freehold tenure of land being held in a Community Land Trust.

Norton noted this type of ownership has been successfully used in developments. They do not permit renting of units and protect units from being resold at full market prices, while providing secure ownership and residency, allowing for long-term financing and some capital appreciation over time. Owners must reside in their unit. Owners will pay a common fee to the Land Trust for maintenance of the common lands, property taxes, and other expenses.

The property on Taylor Avenue is 2.6 acres in size and is expected to hold about 30 homes from 600 to 1,000 square feet in size, with a price range of $130,000 to $180,000, which Norton said is about 25 per cent below current market prices. The homes would be one and two-bedroom, including several barrier-free fully accessible homes.

Chatham Coun. Karen Kirkwood-Whyte spoke in support of the project after Norton’s presentation.

The councillor centred out Steve Pratt, Rose Linseman, Chris Arnold, Barb de Forno and Ron Male, who were in the audience to support the project.

“This is the first of its kind affordable home ownership project in Chatham-Kent and we hope, will serve as a model for similar projects in other communities throughout Chatham-Kent. The group has already identified properties and Wallaceburg and Wheatley that could be set aside for a similar initiative if the will is there,” Kirkwood-Whyte noted.

The approval from council and the upfront funding of the grant amount will be used to leverage funding from other sources for the project and to secure the property on Taylor Avenue. 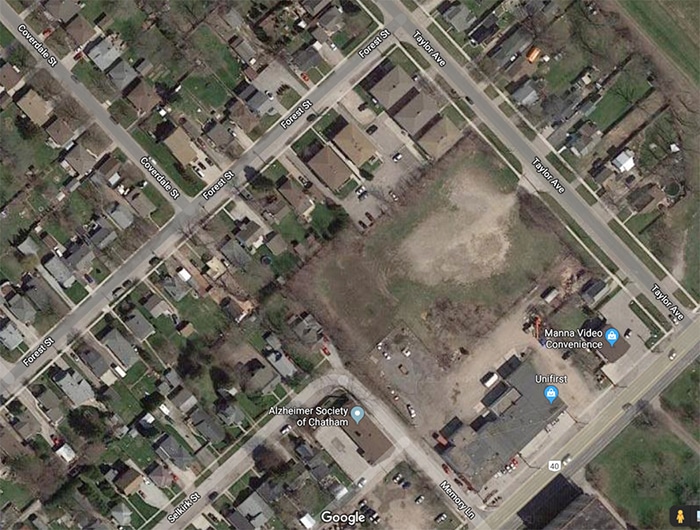