MPP defends his quest to let pit bulls back into Ontario 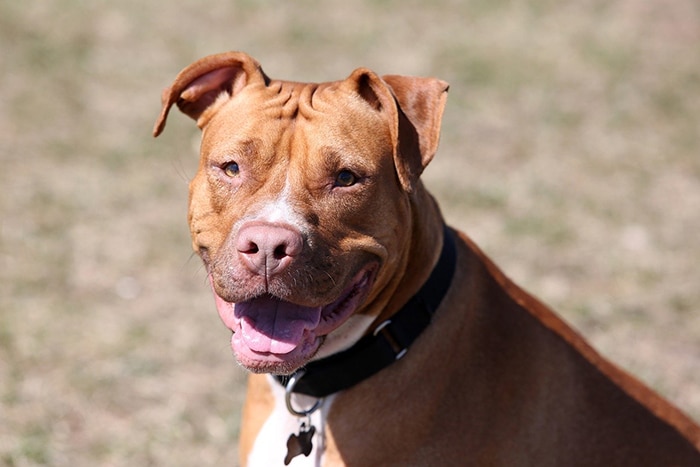 Image by Joe Stoltz from Pixabay

Nicholls said he’s received feedback for and against his bill and he reasserted he’s doing the right thing.

Pit bulls were banned in this province in 2005 by the then Liberal government. It remains the only breed-specific legislation in any province in the country.

“Let’s face it, this pit bull ban was put in place because in 2004 a Toronto man was attacked by two pit bulls,” Nicholls said. “The Attorney General, without any hard evidence, pushed through breed-specific legislation.”
He added pit bulls have a bad reputation, and one he said is unjustified.

“We’re going after the wrong end of the leash,” he said. “You have irresponsible owners.”

He said the dogs aren’t at fault.

“Why are they vicious? Is it in their DNA? We have proof it isn’t. They were trained that way,” he said. “If a dog is trained to be vicious, it will attack.”

Nicholls said the breed was popular among folks who were “involved in illegal activities” and who trained their pit bulls to be vicious.

He said the breed-specific legislation doesn’t make people any safer, as all dogs have the potential to bite, depending on how they are trained and treated by their owners.

“If you have an irresponsible owner, I don’t care what breed the dog is. If they train the dog to be vicious, whether it is a Rottweiler, German Shepherd, Great Dane, you name the breed, it will be vicious,” he said.

The repeal, Nicholls said, has the support of more than 50 animal welfare groups across the province, and more in other jurisdictions. Some of the proponents include the Toronto Humane Society, Ontario Veterinary Medical Association, Windsor-Essex County Humane Society, the City of London, and the City of Ottawa.

Nicholls said he understands where opponents are coming from when they voice their opposition to his proposal.

“Do I want safe communities? Absolutely, yes. But we have to keep our communities safe and be protected against dangerous dogs of all breeds and protect dogs from cruel and irresponsible owners,” he said. “We must better inform the public on how to approach dogs they may not know.”

His Private Members Bill comes on the heels of the Provincial Animal Welfare Services Act (PAWS) which Nicholls said significantly increases penalties for serious offenders and would, if passed, be the strongest in Canada.

“Anyone involved in animal cruelty is going to face some very stiff fines and it could include imprisonment depending on the severity of what they’ve done,” Nicholls said. “We want to protect people and pets. My bill wants to protect through safety, and personal accountability.”

Nicholls’ bill still has a long way to go. He said the bill is to go into the general government committee’s hands. Best-case scenario for Nicholls would be for it to be called in the spring.

“Then we’d invite the public to attend an open meeting to give deputations for and against,” he said. “Can we make it better? How? What are your thoughts?”

Information from those deputations would be collected and merged and the bill could then possibly be amended with the new information.

“Then it comes back onto the Legislative floor for a third reading where it is then debated, followed by a vote.