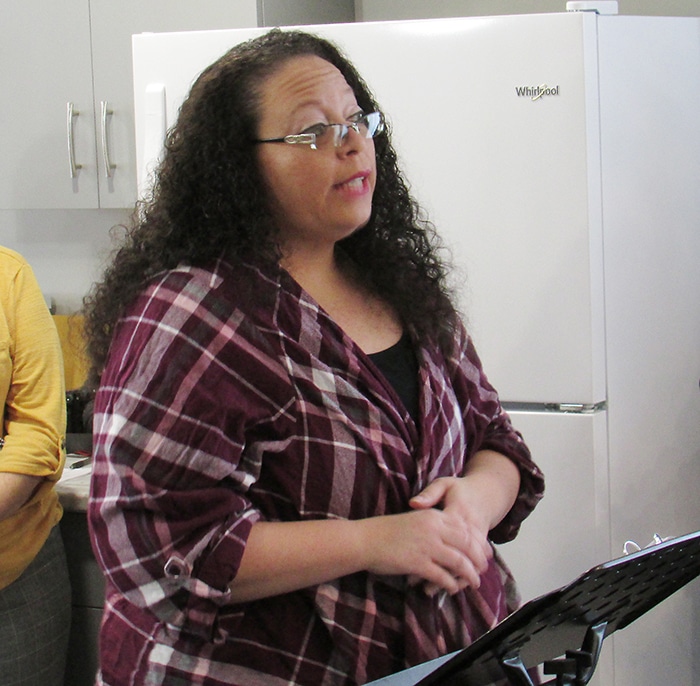 Cassadi Pryor, who along with her four nieces and nephews, took possession of this year’s Habitat for Humanity Chatham-Kent home build on Nov. 20, thanks the efforts of staff and volunteers for helping the family to have a new beginning.

Dozens of volunteers, family members and community supporters packed into a new house on Woods Street on Nov. 20 to watch Cassadi Pryor and her nieces and nephews take possession of their new home.

Pryor and the kids are the beneficiaries of the sixth Habitat for Humanity Chatham-Kent home build. She, with Gavin, 15, Isaiah, 12, Brooklyn 11, and Cailyn, 9, move into a fresh start.

“The home that we lived in was the start of some of their nightmares,” she said of the children. “For them to have something that doesn’t have a sad or emotional memory attached to it that they have to be faced with every day is kind of nice for them. To see a new beginning with their own mojo in there, it’s what they need.”

Pryor was humble after receiving the ceremonial keys to the house.

“I am standing here today, in a home, a beautiful home, made from the resources, hours, hearts, spirits and minds of everyone around me and the community that I grew up in and love very much,” she said. “Today has been a very fortunate day. It’s been a long time coming. It’s one of those days you are just thankful and you celebrate your blessings.”

Nancy McDowell, executive director of Habitat C-K, was moved to tears at the dedication.

“We’re so thankful that for your dream, we were able to come together. Through the staff, the volunteers, the community – look at the people that are represented,” she said to Pryor. “I’m so glad it’s now your reality and your home.”

“I know what it means to be here. It’s more than just the words ‘thank you’ or ‘appreciation.’ It’s a soul-rocking feeling. This is more than just a house. It’s the love. I couldn’t have done it without the community in which I grew up.”

Richard Drouillard, president of the board for Habitat C-K, credited two people with helping to ensure this year’s home was done right, Anne Taylor and Melanie Austin. Taylor is volunteer co-ordinator for Habitat C-K, while Austin is past president and a member of the family selection team. He said the pair “went so far above and beyond to make sure this build was done right.”

“Neither of them planned on spending so much time on the build site, but they saw a need and being the truly selfless people that they are, they gave up their free time to make sure this home got done, and all our volunteers had a great time on the site.” 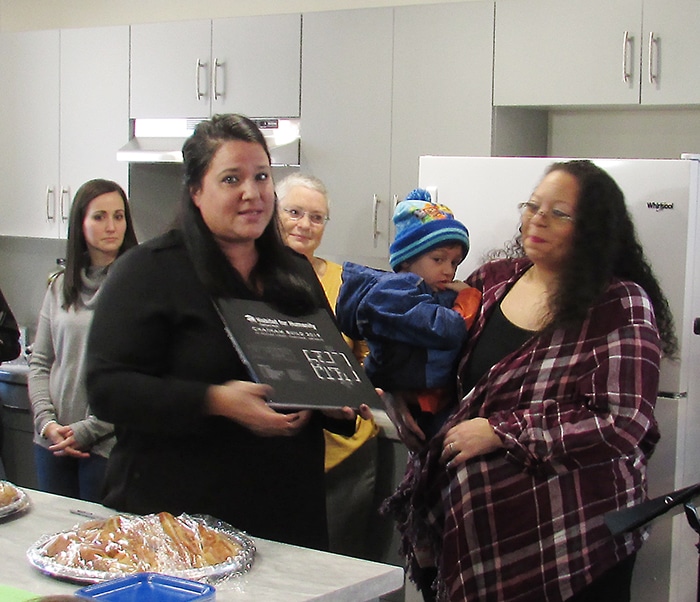 Taylor said the effort has gone into building more than just a house.

“In all the weather conditions and in between, to give the time to not only build a home, but a better and brighter future for Cassadi and her family, thank you,” she said to the gathering of volunteers. “Whether you swung a hammer, laid insulation or picked up a paint brush, we thank you. The house is truly a testament to the amazing things that can be achieved when a community of volunteers from all walks of life comes together. This house was built with kindness, love and the generosity of this community.”

Drouillard said the scheduling and co-ordinating of the build process is nothing short of mind boggling.

“Each home is truly an impressive accomplishment,” he said. “It’s been a blessing to watch these builds come together over the years. I am awestruck at what this organization has accomplished. Six homes across Chatham-Kent. Six families forever changed. Six mass projects co-ordinated with skilled trades, volunteers, staff and donors. Six times showing what a community can do when we care about each other.”

Austin said there are three components for becoming a Habitat family, the family element, the need for affordable housing and willingness to partner with Habitat. The latter requires completing at least 500 hours of “sweat equity” in helping to build the home. She said Pryor, with the help of family and friends, topped 700 hours of such equity.

Pryor said the hands-on involvement with the project holds a special place in her heart.

“Habitat is so much more than meets the eye. They are much deeper than I ever expected to encounter,” she said. “I know they build homes and have a Re-Store. They bring people together and work to build and ensure the foundation is strong and steady. They help the community grow in a positive direction.”

But Pryor said it was more than just bricks and mortar.

“What I didn’t realize that as Habitat was helping to build those very things, they were happening within me as well. My nieces and nephews and I are so extremely thankful and appreciative,” she continued. “I’m also so very appreciative of the blessings that have helped me to build me.”

Habitat’s Kaitlyn Ferren, chair of family services, said in order for a family or individual to qualify for the program, they do need to have an income and families purchase their home through an affordable, zero-interest mortgage geared to their income – making the transition to homeownership possible.

She added that this year’s project was accomplished with the support of more than 20 local businesses, the municipality, and thousands of volunteer hours from the community.

Chatham Coun. Brock McGregor said the effort by everyone involved is appreciated.

“What we know is that list (affordable housing waiting list) grows every year. And that’s a symptom of what’s a national and regional affordable housing crisis,” he said. “It has tremendous local impact. So to get to see that in bricks and mortar today affords a really great opportunity to celebrate the small victories that we need along the way.” 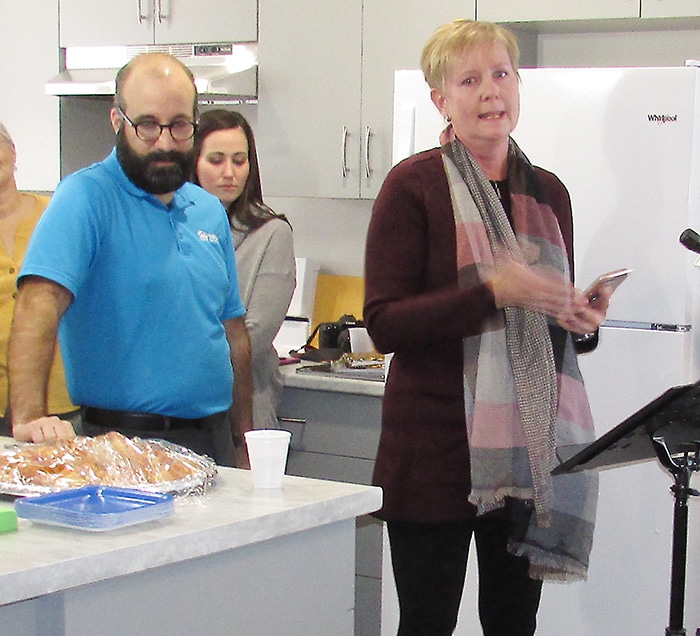