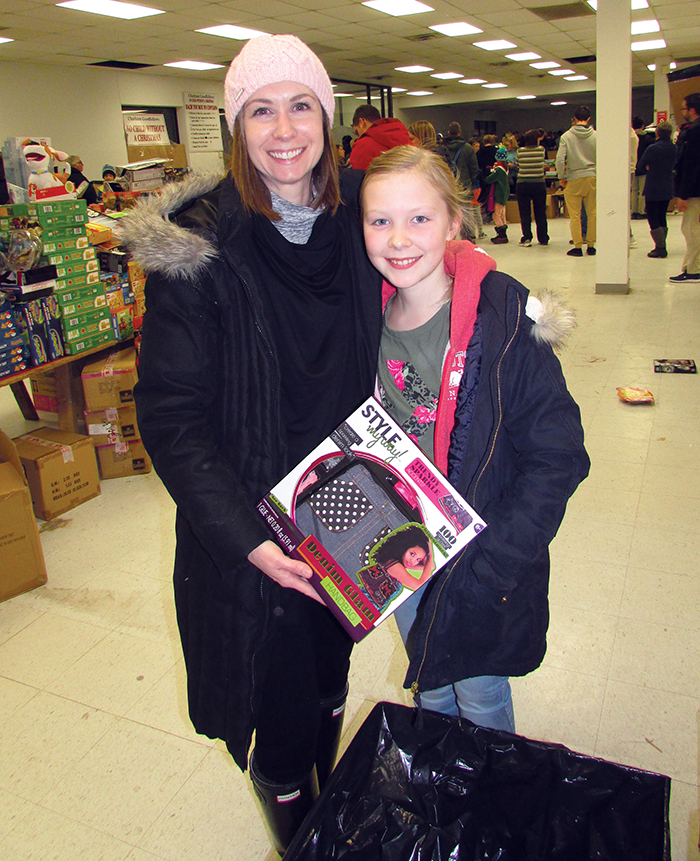 Kimberly Arens and daughter Sophia, 10, took part in the 2018 Chatham Goodfellows toy packing experience at the former Fabricland on St. Clair Street in Chatham. The Goodfellows are looking for a new home for their toy packing this year.

The Chatham Goodfellows are looking for a new home for their organized chaos, otherwise known as toy packing.

Tim Haskell, president of the Goodfellows, said for the past couple of years, the Goodfellows volunteers packed toys out of the former Fabricland on St. Clair Street. But that building has changed hands, and he said it is not an option this year.

“It seems our other one has found a new owner,” Haskell said, and now the search is on. “Generally, we normally need it from November through December. This year, we’ll need it a little early as we have to clean out the other spot.”

He said the Goodfellows are looking for a place with a loading dock and washroom facilities. Heat would be nice as well.

“Heat is a plus. We’ve done a couple where we haven’t had that,” Haskell said.

The toy packing takes several nights, and often sees upwards of 300 volunteers on hand per night.

Haskell said the Goodfellows are looking for between 6,000 and 10,000 square feet of space, preferably on one floor.

It would also need adequate parking.

Meanwhile, Haskell said the Goodfellows board is set to hit the ground running, as their season kicks off in the near future.