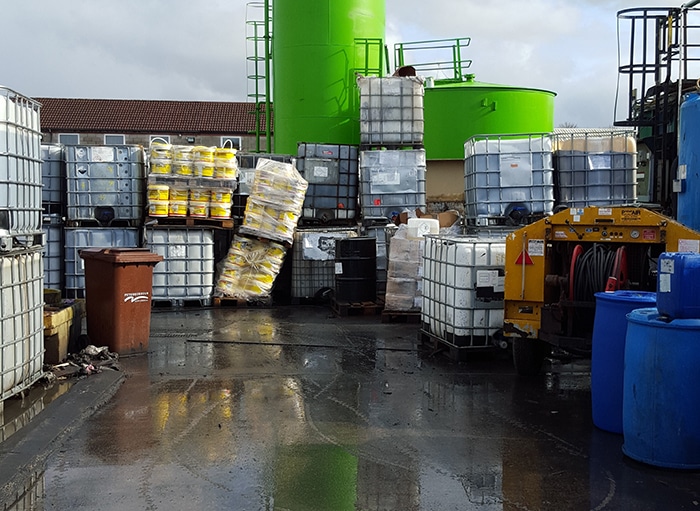 Not sure how to dispose of your old paint, engine oil or batteries? For the 19th year, the Municipality of Chatham-Kent has got you covered.

The annual Household Hazardous Waste Day (HHWD) takes place Sept. 14 at three locations in the municipality, allowing residents who have household hazardous waste to safely dispose of the materials at no charge.

HHWD is designed to ensure hazardous material is not placed in garbage containers where it could possibly injure collection workers or cause environmental damage.

All that is needed is decent weather for all three locations, especially Chatham, to be very busy.

“All we do is pray for good weather and the turnout is usually very solid,” Kucera said.

He said Waste Connections Canada, the company that operates Ridge Landfill, pays for the HHWD.

“It’s one of the many benefits of being a host community (for the landfill),” he said. “It’s been a partnership since Day One.”

When the event first began, it took place in the spring, and the numbers weren’t what organizers anticipated. After a couple of years, they shifted the event to September.

“The fall is a much better time,” Kucera said, as increased participation proved that.

Historically, HHWD depots have seen between 800 and 1,200 vehicles in Chatham, and from 150 to 350 at the outlying locations.

Initially, HHWD events saw a large diversity in what was dropped off, including some very hazardous material.

“The very first year, I remember things had just shut down and a car drove through containing three one-litre lab bottles of pure mercury. It was a bit scary and very surprising to say the least,” he said. “That’s probably the most bizarre waste we’ve ever received.”
Kucera said the company that provided the collection service at the time for HHWD sold the mercury to a pharmaceutical-related business.

“It’s mostly oil, paint, batteries, corrosives, a minor amount of household pesticides, etc. That’s definitely the bulk of it,” he said of what is typically dropped off. “Almost everything is either reused or recycled in some manner.”

Kucera added a new vendor is taking over collection duties for the day, Veolia Environmental, which operates out of the Bloomfield Business Park. He said the business replaces Clean Harbours.

Materials dropped off during HHWD must be in clearly labelled, sealed containers no larger than 20 litres. Containers will not be returned. Different products cannot be combined, and the maximum quantity accepted is 50 litres in total.