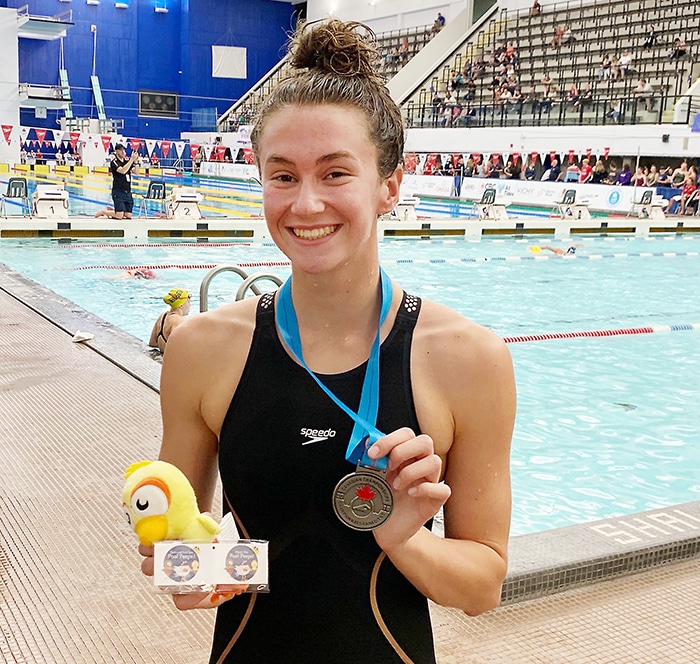 Chatham Pool Shark Genevieve Sasseville, 16, is all smiles after capturing silver on the weekend in the 100m fly at the Canadian Swimming Championships in Winnipeg.

Sasseville led the race until the final few metres, touching second at the wall with a time of 1:00:41. This meet is one of the highlights of a swim season where Canada’s fastest and best come together in this open age category.

Broad is the first local swimmer to participate in the Pan Am games. 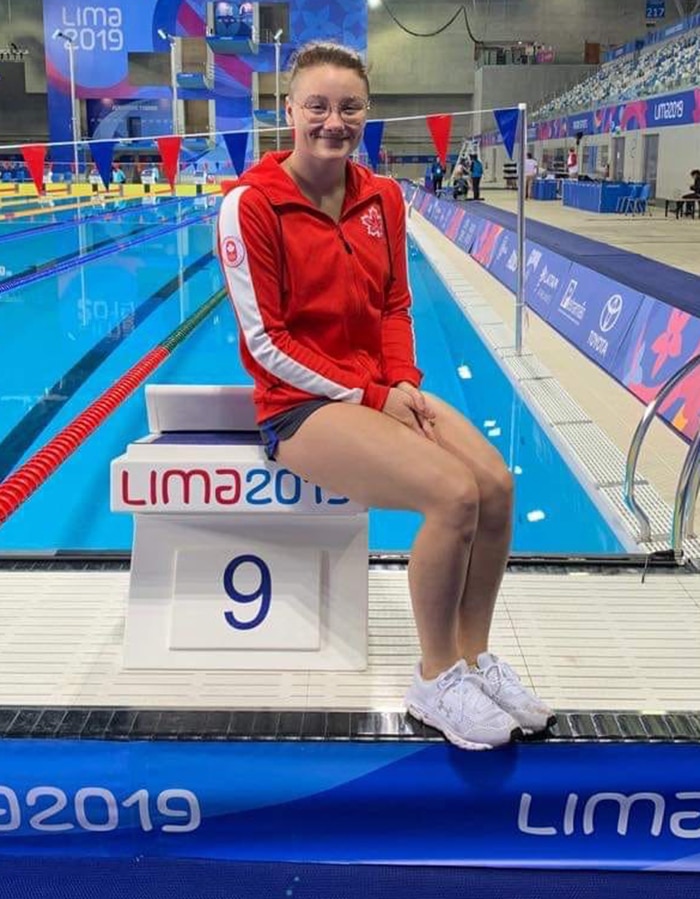