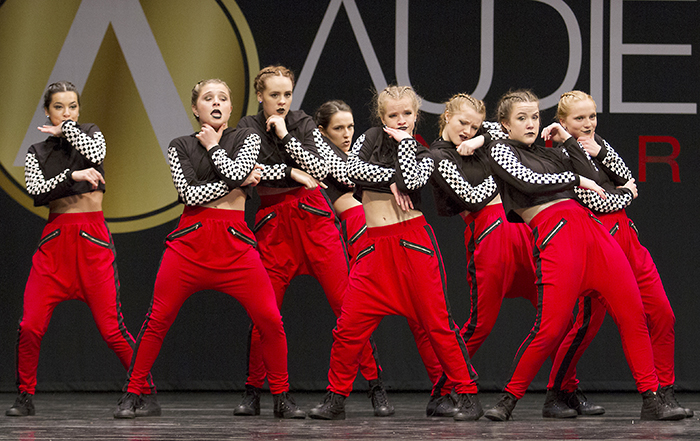 Well, our daughter finished her final dance competition of the season recently, and I found myself pondering the people of competitions.

For starters, what is really cool about dance competitions is the cheering. The kids and parents at various studios cheer for other kids from the same studio, and rather loudly.

At many a sporting event, parents may cheer for their children and the teams they are on, but often they are vocally critical of the officiating and the play of the other team.

But at dance competitions, I have to admit, the same cheers get rather old. There are about three that the kids cycle through.

You hear these chants with more regularity than the most popular songs from a year ago at these competitions.

I encourage people to freshen things up a bit.

And I made a post to social media saying just that. A friend from Toronto reminded me the repetitive chants and cheers are all too present in sports activities too. He said when his kid played baseball, he got tired of, “We want a pitcher, not a belly itcher,” and “We want a batter, not a broken ladder.”

The lovable Finn the cat seems to have found a new friend. Either that or his cat gang was victimized by a run-by skunk spraying.

Finn often wanders in with the wonderful smell of the outdoors on him. But one day recently, he smelled like he had cozied up to Pepe Le Pew.

Yep, he smelled like he’d been nearby when a skunk opened fire.

He and his neighbourhood feline homies might have been hanging out one evening, just chillin’, when a skunk sped by, lifted its tail and let fire. I picture Finn diving behind a shrub as one of his pals took a face full of stench (naturally, as I picture it, the moment takes place in slow motion).

More likely, he just walked up to a skunk thinking it was a stinky cat and got some of that odour onto his fur.

It’s not full on stench, but more a taint. Trust me, I know stench. We had a dog that got hit in the face once. I spent the rest of the night on the front porch with that smelly mess before I filled up a kiddie pool and used Skunk Off on the pooch the next morning. Ugh.

I popped into Giant Tiger this past week to pick up some groceries and I came across a young dad sporting a man bun.

I’m not the biggest man bun fan, but Mary Beth tells me they work on certain people, such as Kit Harrington when he plays Jon Snow in Game of Thrones.

Call me old fashioned, but I’m not a fan of either look. Once the disc fad is over, people will be left with what will look like uncooked calamari dangling below the main portion of their ears.

As for the man bun, listen: I had long hair for many a year in my life, but never did I put it in a bun. I didn’t put it in a ponytail either, but that doesn’t mean it didn’t get put into one.

It seems women would take to playing with my locks, the more so when they’d had a few beverages. That included a French braid a few times. Not my choice, but when you have multiple women taking a keen interest, what do you do? Go with it.

But I would have drawn the line at man bun.