Students in a Grade 1-2 class at St. Ursula’s Catholic School in Chatham had the chance to know what it’s like to be a published author thanks to a computer program and a little help from local authors.

“We spent a lot of time learning what narratives are and recounts, and as you can appreciate, they are only in Grade 1 and 2 so they had to learn to write first and learn what punctuation is,” Dolfi explained at the open house for the students to showcase their work recently.

She said they created the book and pictures to go with it, and then fundraised to be able to actually buy a published copy for each student.

“Although the program is free, the books are expensive so we had to do some fundraising and there was 100-per-cent parent participation so we had enough money to buy a book for the library and a book for the kids to take home,” Dolfi said. 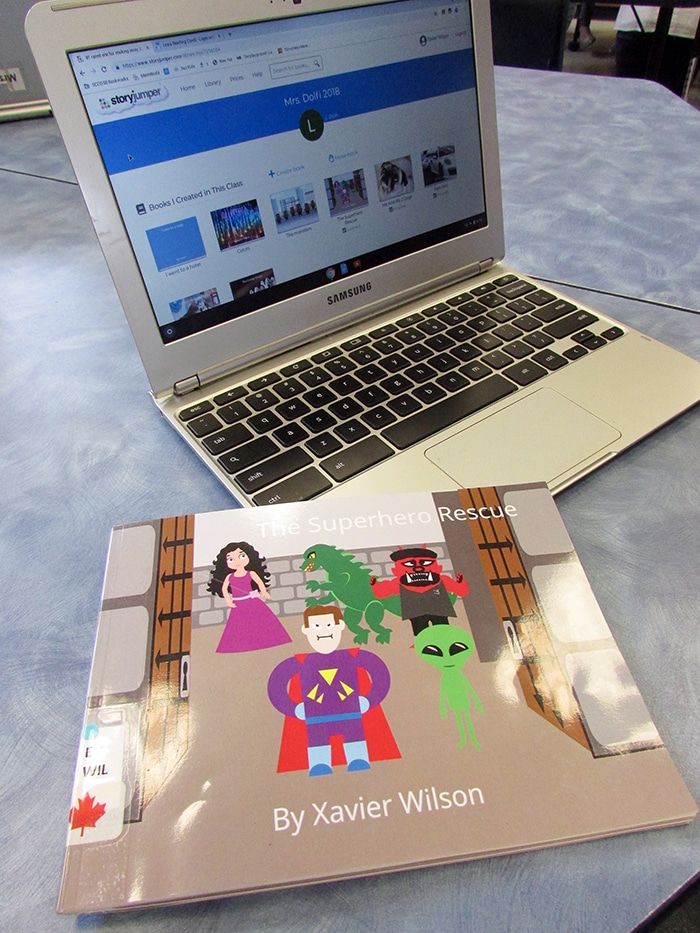 The second copies of the books have been catalogued in the school library and are available for any student to take out.

“We’ve done this in the past and we look to see how many times they’ve been taken out. They are more popular than the books written by known authors,” the teacher noted. “These guys are really excited to have their books in the library.”

Parents were invited to the open house in the library where the students were gathered to read and showcase the books they had written. Dolfi said some students had some difficulty coming up with a concept and editing rewrites, but “even though they were frustrated, they never gave up because they knew what the end goal was.”

The teacher said it helped having local authors come in and talk to the students about the writing process before they began the 10-week project from rough copy to divided pages to matching pictures.