It’s been a tough spring for shoreline properties on Rondeau Bay and Lake Erie.

Last week, high water blown into the west end of Lake Erie saw water levels rise, causing flooding along parts of Rondeau Bay communities and on the bay side of Erieau.

Municipal staff dropped cement and earthen barriers across the ends of several streets in Erieau to try to mitigate flooding in low-lying areas where no break wall currently exists.

Due to record lake levels and high winds from the east, water levels in Rondeau Bay increased by 10 cm May 8, with approximately 15 homes affected by rising water.

No evacuations were reported. 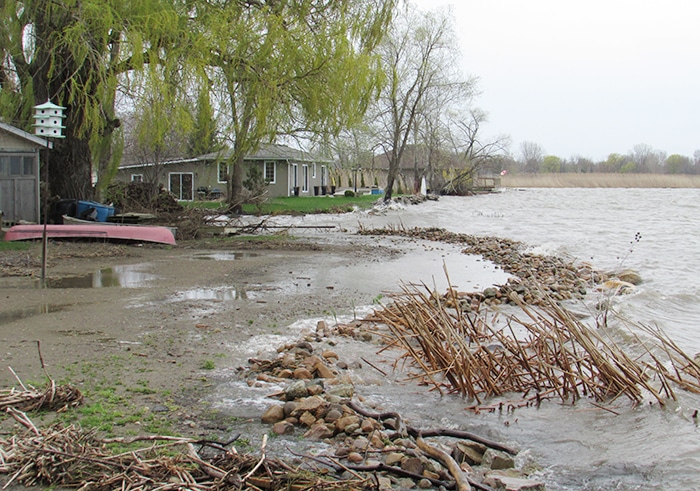 Alexandria Depuydt has lived at the end of Princess Street in Shrewsbury for about a decade. She said she’d never seen the water as high as it was last week.

Water pushed up the drains and ditches in the South Kent community to the point many a yard turned into a pond.

Depuydt said she even saw a large carp swimming around in someone’s yard, and planned to see if she and her husband could get it back into the drain and deeper water.

“It just got pushed up on people’s property,” she said.

As for her property, Depuydt has large rocks placed at what was the water’s edge. They were submerged when The Chatham Voice visited May 9.

A bay-side gazebo on a neighbouring property had waves lapping around it. 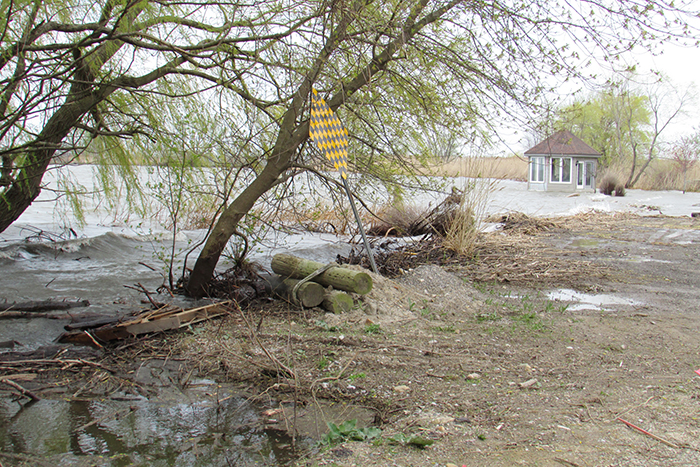