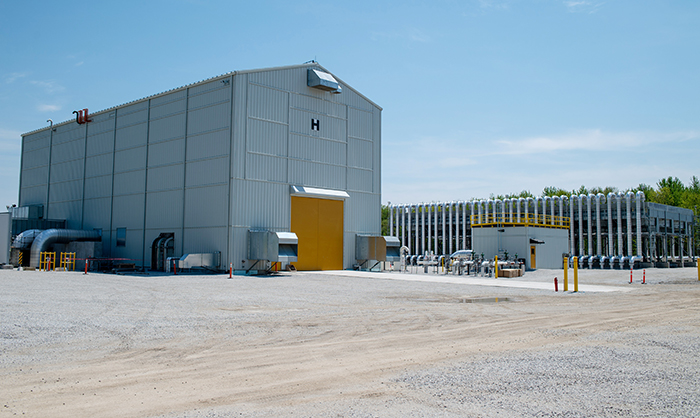 At Parkway, the system connects with other pipelines to serve more than 10-million downstream consumers in the Toronto area, Quebec, eastern Canada and the U.S. northeast.

Union Gas has invested more than $1.5 billion between 2015 and 2017 to expand the Dawn-Parkway natural gas pipeline and compressor system. Local communities will benefit by more than $377,000 in incremental property taxes that Union Gas will pay annually.

“The Dawn-Parkway System is critical to meet the demand for safe and affordable natural gas to communities across Ontario and markets beyond,” said Paul Rietdyk, vice president, engineering, construction and storage transmission operations, Union Gas Limited, in a media release.  “Our investment of $250 million into the Dawn ‘H’ compressor station will ensure the continued reliable movement of natural gas and serve an increased need for compression along the Dawn-Parkway transmission system.”

Compressor stations play an important role in moving natural gas through vast pipeline networks. On its journey, gas is compressed, or pushed towards end users. Over distance, friction in pipelines slow the natural gas and reduces the pressure. Strategically located compressor stations maintain pressure and speed of natural gas.