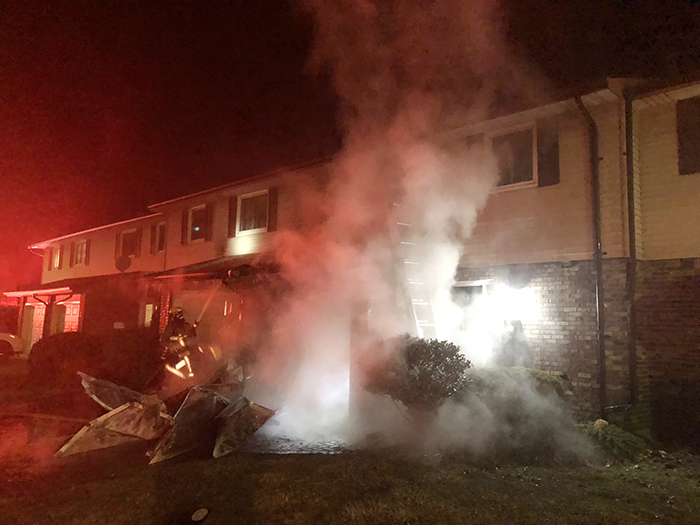 Chatham-Kent police remain on scene and the Office of the Fire Marshal has been called to investigate after a fire in Doverdoon Estates Thursday night.

Shortly after 9 p.m., calls came in for a fire at Unit 4 of 393 Baldoon Rd. Firefighters arrived to see the garage at that address engulfed.

All occupants escaped and there were no reported injuries.

Damage from the fire, estimated at about $150,000, was largely contained to the garage area.

Smoke and water damage did extend to neighbouring units.

The cause of the fire is still under investigation.