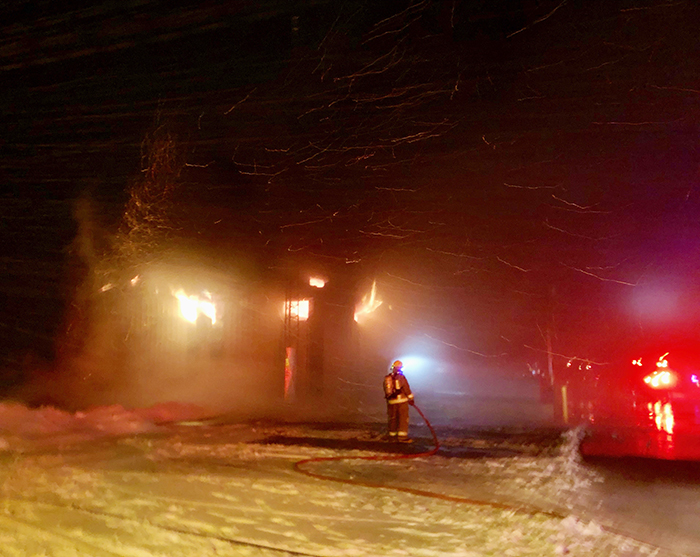 The cause of a Sunday evening fire that heavily damaged a municipal public works garage near Ridgetown is still under investigation.

Fire officials say the incident occurred about 6 p.m. last night. The fire apparently began inside a vehicle parked in the garage. Two public works personnel attempted to put out the fire with an extinguisher, but abandoned the effort and fled the building when the fire continued to grow.

When firefighters arrived, the structure was engulfed in flames, officials say. Firefighters from four stations battled the blaze, and had to run tanker trucks out to the Reeders Line site from Blenheim.

Firefighters also battled cold weather and high winds, and worked to protect nearby buildings from being exposed to the fire.

Heavy equipment had to be called in to clear the structure and allow firefighters access to douse the flames.

There were no injuries, and the office of the fire marshal, as well as C-K fire officials, are investigating.