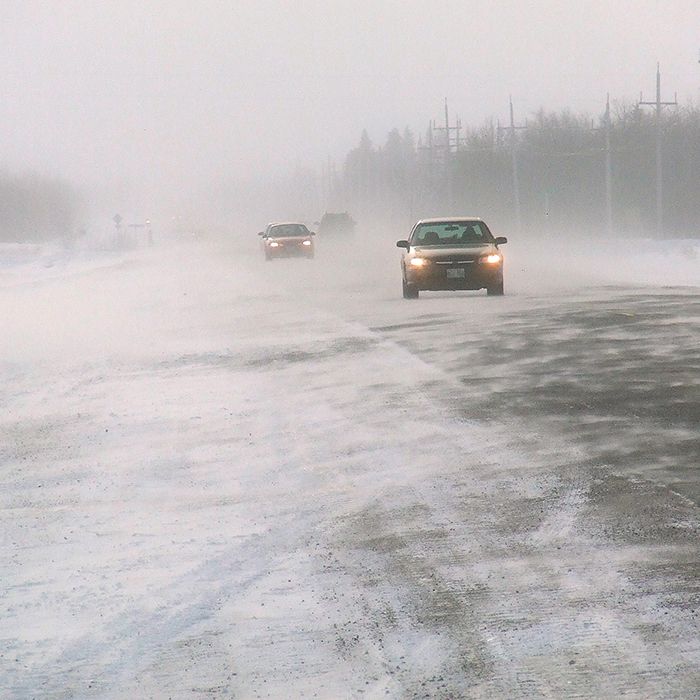 I know I’ve ranted on Chatham drivers in the past, but recent horrible driving habits exhibited around the municipality have me revisiting the subject.

Over the past month or so, it seemed that every second driver and pedestrian out there forgot the rules of the road and adopted a me-first attitude.

I’m talking about people turning left as the light turns red – your effort only further slows the flow of traffic as people with a legitimate green light have to wait for your selfish butt to clear the intersection.

Or pedestrians that are very late crossing an intersection to the point they are still on the road when the light changes – and they make no effort to hasten their pace. I won’t even go into detail on pedestrians who decide to walk when the light is only for left turns.

How about folks in the left lane of a four-lane road realizing they need to turn right, and actually do so on a red light, crossing in front of the car in the right lane. Hey, right turns on reds are legal in the province, right? (Um, not from the LEFT lane.)

The silly driving continued after Christmas as well. As one kindly pickup truck driver left space for a car to come out of a side street, the guy behind him bounced up onto the sidewalk in his haste to make a right onto that same street, sending a rude gesture in the direction of the nice guy in the pickup truck. Selfish guy gives selfless dude the finger and a headshake.

Should we even mention how drivers approach getting behind the wheel in the winter? I always say the first snowfall or two gives you three types of drivers: The ones who properly adjust for the conditions, the folks who drive as if the roads are bare and dry, and the people who become overly cautious, crawling along at a snail’s pace.

When the latter two meet, look out.

Let’s also talk about how people “remove” snow. Most of us do so by shoveling or blowing the snow to either side of our driveways. But there are others who simply push it across the street. That’s just bad etiquette, and a great way to anger municipal plow jockeys. These guys are out at all hours trying to keep our roadways clear of what Mother Nature dumps on them. And now they have to put up with extra snow plopped there by selfish snow pushers.

The plow guys will tell you that hitting a pile like that can really throw them off, as it’s packed down and much more dense than what naturally fell on the roadway.

What do you do when you walk in and find your cat “swimming” in spilled litter?

About all you can do is laugh.

Mary walked by the room where our cat’s litter box is set up and looked in Friday morning, only to see Finn (the cat) in the middle of the floor swishing through a pile of spilled cat litter. He looked up with an “oops, I didn’t realize you were home” look on his face.

We kept the open bag near the litter box, as it’s something he had shown zero interest in before.

Until Friday, that is. He knocked over the bag, scattering a good deal of litter. And then he proceeded to play in it.

In fact, as Mary was in the process of sweeping it all up, he came back into the room and lay in the pile.

He has also knocked over a chair in the basement, not once, but twice. The first time, I associated it with a combination of excessive speed, and fluke circumstances. One day last week, Finn came blazing down the stairs, as he likes to do during his fits of insanity, and leaped into a pedestal chair. He landed on the back of the chair so hard he knocked the thing over.

This is a chair he loves to get on and spin around in while clinging atop the chair’s back.

But now that he discovered he can knock it over, apparently he plans on repeating his move. Two nights later, he leaped up onto the chair, sending it over once again.

I’ve had to lock the back of the chair in the upright position. It might impede his spinning fun, but he brought this on himself.

I just have to comment on the high school English curriculum in this province, and here in Chatham-Kent. Mary Beth summed it up well in her recent column, but I have to add my two cents.

It has been for years.

I work with words for a living and I dropped English not once, but twice in high school back in the early 1980s. I hated the books we studied. Margaret Lawrence’s The Stone Angel was the tipping point, even though it was probably the most modern of all the books I studied over the years.

The view from the eyes of a 90-year-old woman was of no interest to a 17-year-old boy back then.

And then there are the works of William Shakespeare. Yes, he was a brilliant playwright in his day, but that day was more than 500 years ago. He died in 1616.

He bludgeoned the people viewing his plays with irony, pathetic fallacy and his famous foreshadowing. He had to. We’re talking about audiences with limited education; fewer than 30 per cent of the population at that time in England was literate, and that number is being generous.

Shakespeare today is taught apparently the same way it was during my time in high school – remember passages from his works and regurgitate.

If you want to keep today’s teens interested, how about having them study books that might have the slightest interest to them? In today’s society, attention spans are dwindling and fewer people read than ever before. Give them material that will help nurture their reading experience, rather than force them away from it.

That, just as it did during my time in high school, means giving them books of interest; ones that were written much more recently.

Studying material penned before a student’s parents were born sounds a little out of touch to me. Yes, I am well aware that there are literary classics, but we live in a world where knowledge doubles every seven to 20 years (depending on who’s counting), so let’s stay a little more current than William Shakespeare or Charles Dickens or Ray Bradbury or George Orwell, shall we?

And what is with the curriculum’s love of dystopian stories and tragedies anyway? If they are so necessary, why not look closer to today’s date? Suzanne Collins’ The Hunger Games series, or Veronica Roth’s Divergent books could be useful starting points, and ones of particular interest to the students.