Members of the Royal Canadian Legion in Chatham kicked off the Legion Poppy Campaign with a flag-raising ceremony at the Civic Centre Friday with Chatham-Kent Mayor Randy Hope.

Zone Commander Irene Williams was on hand and Mayor Hope thanked the Legion members for “keeping the flame alive of remembering those who gave their life in service.”

Hope also said he noted that numbers at the Remembrance services held in Chatham are increasing as the community recognizes the sacrifice people from our community made during war time.

Williams said the Poppy Campaign is a main fundraiser for the Legion to provide services for veterans and their families. She said during the campaign, Legion members and participating businesses distribute the poppies in exchange for a donation. 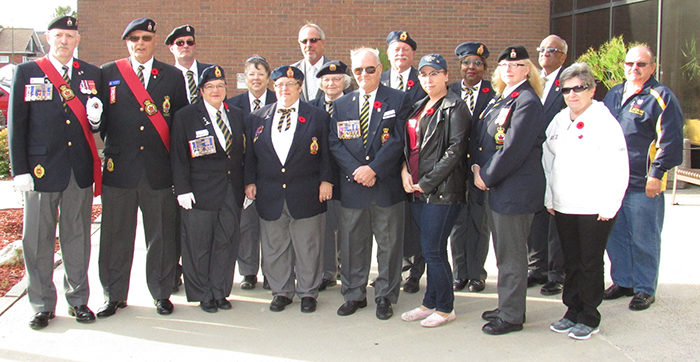