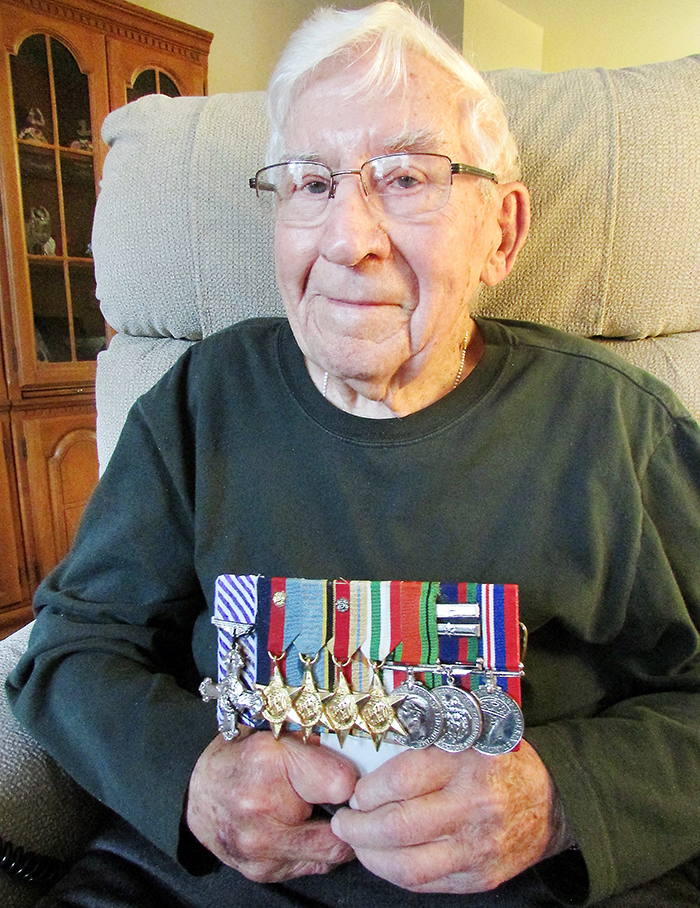 Chatham resident and Second World War veteran Jim Henderson made an impression on students from Oakville after they saw an article written about him last year.

Sharon Butler, great niece to Henderson, said her great nephew, who lives in the Oakville, saw the article in The Voice about Henderson’s experience as a Lancaster pilot during the war.

“My 10-year-old great nephew, Johnny Vellinga, lives in Oakville.  He happened to see the article about Uncle Jim in The Voice last year and was quite enthralled with the story.  He shared the article with his classmates at Dearcroft Montessori School in Oakville and they decided to write letters,” Butler told The Voice. “In April, Johnny’s father brought Johnny to Chatham to meet up with Uncle Jim. Johnny shared the letters and got to see Uncle Jim’s medals.  Uncle Jim, with the help of his son and daughter-in-law, replied to the letters and the responses were shared with Johnny’s classmates.”

Butler said Henderson, 97, was touched by the letters from the students and was happy to reply to their questions.

Some of the questions asked about Henderson’s experiences in the war, such what was it like flying the Lancaster bomber, what kind of bombs did it hold; one very deep question that asked if Henderson was ever in a situation where he lost hope.

His reply: “I lost hope when our plane sunk in the North Sea and were stranded in a very small lifeboat for three days. It was extremely hot and we were very thirsty.”

He was also asked if he missed his family, did they throw a huge party after the war, and what his scariest moment was.

Henderson earned a total of eight medals during the war, including his proudest moment when he was awarded the Distinguished Flying Cross at Buckingham Palace from King George VI, Queen Elizabeth’s father.

The pilot explained in one question that the Lancaster was a large bomber, and was too large to be involved in dogfights.

Butler said a flag is hanging up in Wallaceburg in honour of Henderson’s service during the Second World War, along with other war veterans.