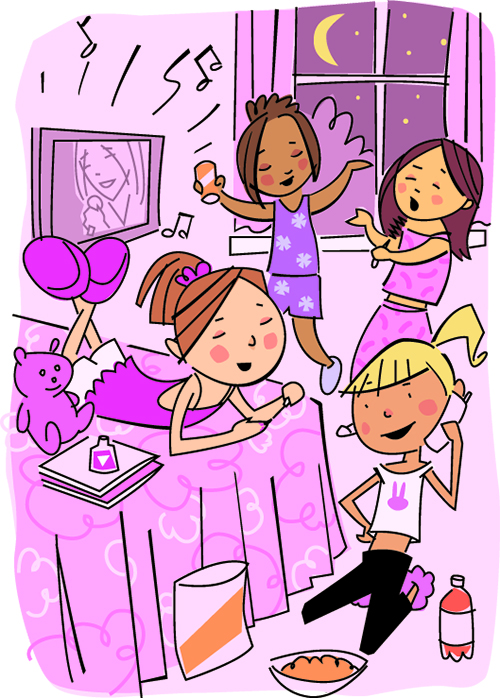 The column this week isn’t about barbecuing, or the cat, but rather is all about teenagers.

As a parent, you have to remind yourself you were “their” age once. Think back on what you did back then when you were that age.

Our daughter had friends over Saturday night for a sleepover. Prior to that, they went to an outdoor party near Ridgetown.

The cops got called to that shindig over a noise complaint (I look back and remember being at more than a few parties where the police had to remind folks to “keep it down”).

Our daughter played the role of mother hen, trying to keep track of all the kids my wife had provided a ride there for, and was to pick up later.

She learned the reality of the term “trying to herd cats.”

Don’t get me wrong, she’s got some great friends. But it’s hard to get teens to leave when they are having fun.

We wound up with an extra passenger, as that person’s ride evaporated, and two extra kids staying over.

And naturally, 1:30 a.m. isn’t sleep time for teens. They stayed up, chatting in the basement. But it was the music coming on just before 3 a.m. that caused my one eye to start to twitch.

My exhausted wife slept through it, but the cat and I didn’t. He’d settled for a snooze on me when the music came on, but he became somewhat agitated, albeit nothing like me.

I calmly called downstairs, asking my daughter to come up for a second. I explained the reality of the music being too loud at too late an hour, to which she said she hadn’t noticed the volume.

No problem, she was busy setting up an air mattress in another part of the basement (yes, perhaps that should have been done hours earlier, but we are talking about teenagers).

The teens complied and kept the tunes at a more discreet volume, or off altogether, as I didn’t hear it for the rest of the night and sleep finally came over me.

With one teen having to leave at 7:30 a.m., we were up all too early. I cheated and went back to bed, but my wife wound up staying up.

We traded spots at 10 a.m. and she caught some added sleep.

As for the teen invaders, they were up and active at 10 a.m., out the door soon thereafter to grab breakfast. How is it you can’t get your teen out of bed in the summer until the afternoon, but if they gather in numbers, they rise early, regardless of how late they stayed up the night before?

I have to hand it to our daughter, and her friends. Sunday night when all the kids had left, I asked Brenna if the basement was a mess. She said she hadn’t had a chance to clean it up. But when I went downstairs, I expected crap everywhere. For half a dozen teens, it was very clean.

Maybe some of my nagging is sinking in…

Still, these gatherings, and the resultant sleep deprivation leave me feeling older and older. I wonder how long it will be before I start hanging out on my front porch in a rocking chair, pants pulled up to just under my man-boobs, double-barreled shotgun in my lap, and an angry look on my face, scowling at any “young whippersnapper” going by.

Is there kitty Ritalin?

OK, I lied, there will be some Finn the Cat talk after all. On Saturday, when our daughter had her friends over, he was up and active all day long.

“The cat hates me,” one of Brenna’s friends commented.

All the activity burned Finn out, however. He was asleep beside me in the basement in the evening and took his perch on my chest at 12:30 a.m. in the living room, and I mean he was out cold. But when the revelers returned home at 1:00 a.m., of course, he awoke rejuvenated.

Yet, the kids wouldn’t let him into the basement with them. So I got the joy of the spazzy kitten. A chomp here and a claw there eventually gave way to him settling down about 2:45 a.m. – just in time to be returned to a state of spazziness by the late-night music from the basement.

I’m not sure whose heart was racing faster and blood pressure was higher at that point, mine or the cat’s. We’ll call it a draw.

The next night, he won, paws down, as he was still spinning like a top at 1:30 a.m. I awoke in the recliner to find him peering around the corner at me from the hallway. He was playing with the plastic wrap from a six-pack of pop bottles. He had crawled into it, actually, so whenever he moved, he sounded like rustling plastic.

That was my cue. I got the plastic off the maniac and retreated to the bedroom. He drag-raced up and down the hall a bit, but eventually, sleep took over, at least for me.

In the Aug. 3 paper, we had a story on The Whisky Jack Company, a local small business that started up after some liquor dispensers made as a fundraising idea garnered so much attention.

Jeff Schamahorn built the dispensers after his partner Melaina Craievich saw a photo of a dispenser online built out of plumbing parts. His first effort wouldn’t have been a healthy option if anyone used it as intended, so he quickly figured out the guts of the device.

So soon thereafter, he made five of the dispensers – with a wood base, galvanized steel piping and fittings, a brass tap and braided rubber tubing – and raffled them off at his daughter’s stag and doe. They quickly drew attention, resulting in Jeff getting orders from friends and family. Next thing he knew, his products were being showcased in a trio of local stores.

And they flew off the shelves.

It’s great to chronicle such as success story. Here’s a guy who likes to putter in his workshop in his retirement who has created what is apparently a highly desired product in a niche market.

And his market is growing geographically. The day after we posted the story to our website and promoted it via social media, Jeff reached out to tell me how impressed he was with our reach.

He had order requests from as far away as New Brunswick and Arizona.

And all because of a story in his local newspaper on his Chatham idea.

And people say newspapers are dead.

We respectfully disagree. Jeff’s story is just one example, and a good one. This newspaper is a hyper-local effort – we run news generated locally and relating to Chatham-Kent. We cover local events and news, and enjoy writing features about the many interesting people in our communities.

But stories of interest can have no boundaries, especially with the aid of the Internet.

That’s how knowledge of Jeff’s Whisky Jacks expanded to the east and southwest.

‘Grim’ figures show COVID not yet in decline locally: Colby