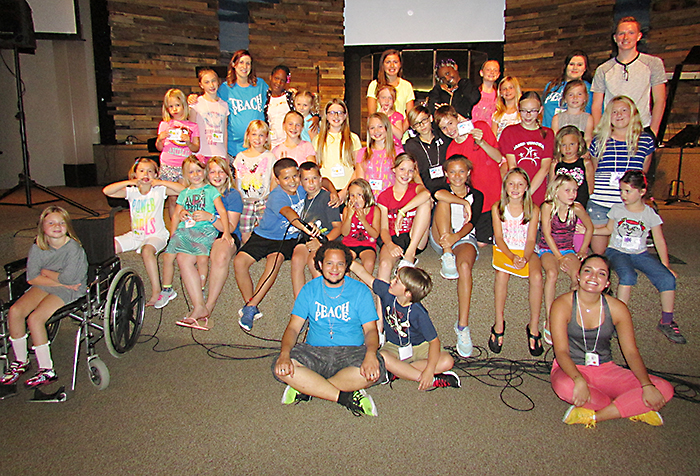 In what is the fulfillment of a dream come true for a Chatham family and founders of Make Children Better Now, the organization partnered with Evangel Community Church to present the first annual MCBN Sing, Dance and Act summer camp held recently at the church on Sandys Street.

Mike Neuts said 32 kids aged five to 13 signed up for the one-week camp, learning songs, dancing and acting – activities that were near and dear to his son Myles’ heart before he died in 1998 after being found hanging on a hook at school, unconscious.

The MCBN Foundation was named after Myles, and Mike and Brenda Neuts began educating children and adults about the effects of bullying on both the victims and the bullies themselves.

“About 13-14 years ago, when I was talking to our lawyer, I had a dream at that time for this type of camp and it has finally happened,” Neuts said. “We offer breakfast, lunch and a healthy snack with a field trip to the Wallaceburg theatre and the Thamesville splash pad.”

Each day of camp, the kids rotated through learning songs, breaking down the lyrics of songs like “True Colours” and “I’ll Stand By You,” and learning choreography to go with the songs. Local singer/songwriter Crystal St.-Denis helped with teaching the songs, and Lisa Morris, with co-op student Zach Stallaert, helped teach dance moves to the kids who performed before their parents on Friday at Evangel Church.

“This church has been a great partner to us,” Neuts said of Evangel Community Church leaders. “They partnered with us and provided the rooms for us to run the camp. They have been so good to us.”

Tied in with the Respect Revolution, a troupe that tours various schools and functions in the province with Neuts to bring the message of respecting yourself and others, several of the campers were part of the touring group.

Neuts said next for them is a concert in Tecumseh Park on July 26 where the Respect Revolution troupe will be singing to live music, something he said they are busy preparing for.

The fifth annual MCBN Golf Tourney is gearing up for Sept. 9 at the Willow Ridge Golf Club south of Blenheim. Anyone interested in volunteering or signing up to golf can contact Neuts at mikeneuts@sympatico.ca, or call him at (519) 692-4116. 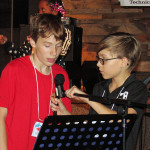 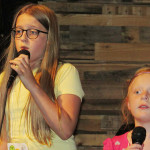 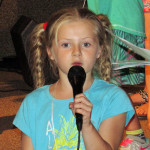 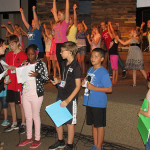