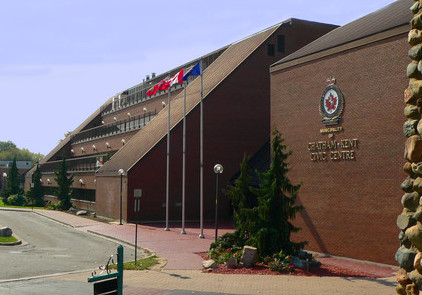 There are several issues the average taxpayer in Chatham-Kent should be concerned with in regards to remuneration for our mayor starting in 2018.

The next mayor of Chatham-Kent will have an annual salary in excess of $93,000, will be enrolled in the Ontario Municipal Employee Retirement System (OMERS), and will receive a rather sweet golden handshake when voted out of office.

OMERS is about as gold plated as a pension plan can be. Since the mayor’s job is pretty much a contract position, with that contract being re-examined every four years, there is no reason the job should be linked to OMERS. Heck, it shouldn’t even be given a $3,000-a-year RRSP contribution, which is what is currently in place.

As for severance – which would amount to $10,000 for just one term of office, or $20,000 for multiple terms – are you kidding us? Again, this is a contract position. At the end of said contract, the deal may not be renewed by the electorate. That’s how democracy works.

The salary – $93,605 per annum – is actually the least offensive item on the list, in our minds. It will be up more than $10,000 from what Mayor Randy Hope is making currently, and it’s way up compared to the salary level that was in the mid-$60,000 range prior to Hope taking office more than a decade ago.

CAO Don Shropshire, the top administrator for the municipality, makes in excess of $200,000 per year, and most general managers pocket more than $160,000 a year. The mayor’s pay, even at more than $93,000 a year, looks rather meek in comparison.

But to put things in local perspective – something the citizen review committee didn’t do as it only compared compensation to that of other municipalities – you need look no further than the municipal website. It says there that the average household income in Chatham-Kent, based on 2012 figures, is $70,574, and the average male full-time salary is $58,085. The mayor, whomever that will be in 2018 and beyond, will haul in about $35,000 a year more than the average guy in this municipality. That’s a significant difference, especially when you consider all the average folks have to pay for the mayor’s wages and benefits.

Everyone in the Ivory Tower, uh, excuse us, we mean the Civic Centre, should take a hard look at those average income figures. Civil service, with its great pension plan, should never see compensation so out of skew with that of the people it serves.

We realize a committee comprised of local citizens examined compensation for council and the mayor, and it brought forward the suggestions for higher pay, the golden handshake and sweet pension plan. But in reality, again as this is essentially a contract position, the decision to add this compensation should have been made by the people who will pay for it – the general public. Put the proposals on a referendum attached to the next election. If enough of the citizens who turn up to vote think it’s a good idea, then so be it.

But that’s not the case. The decision has been made.

Well, at least council turned down the proposal to increase councillors’ pay to $31,000 a year for their part-time jobs. Thank goodness for small victories.