McCann and The Kent a great combination

Sep 28 • Arts, Feature Story • No Comments on McCann and The Kent a great combination 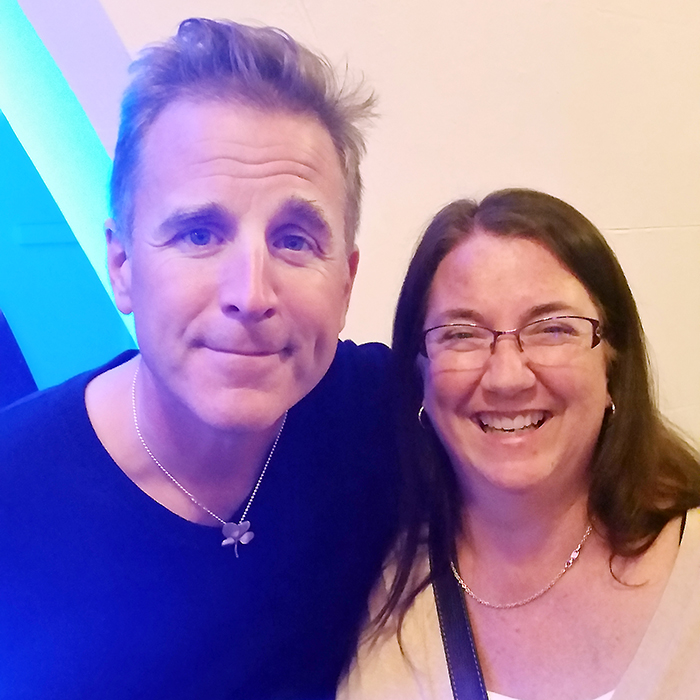 Singer/songwriter Sean McCann entertained a crowd of about 200 people at The Kent 1874 on Saturday night, encouraging audience participation during songs, and detailing his rough road to sobriety. He is pictured here with The Voice’s Mary Beth Corcoran.

There aren’t many people I would fangirl over like a 12-year-old at a One Direction concert, mainly because I’d like to think we all put our pants on one leg at a time, but if I were going to pick someone … Sean McCann would at the top of my list.

The singer/songwriter played Saturday night at The Kent 1874, and even though I was already impressed by him after a phone interview, his performance was a gut-punch to my emotions, and as teens would say, he got me right in the feels.

Starting off by moving away from the mic and into the audience, he said he wanted to try something, then proceeded to show us how incredible his pipes and the acoustics are at The Kent by singing several verses a capella of a song that stunned everyone into silence.

From there on, his humour, his Newfoundland charm, his utter willingness to bare his soul and tell his story – plus his incredible singing talent – made the night fly by.

Easily getting the audience to sing along, and dedicated Chatham Voice reader Ruth Draper to get up and dance to his rendition of Johnny Cash’s Burning Ring of Fire, he made an immediate connection with the 200 people in the room. And he perhaps connected with some lingering spirits to which he dedicated the song Spirit in the Sky after a potential encounter backstage.

Talking candidly about his addiction issues and the breakup of his band Great Big Sea, McCann played his guitar and sang songs from his two solo albums, Help Your Self, and The You Know I Love You Songbook. A natural storyteller (and anyone who knows a Newfoundlander, knows it’s a talent they are born with), the singer prefaced each song with an explanation of how music saved his life when he quit drinking, and helped him re-connect with everything important in his life.

And I don’t know if The Kent 1874 has magical properties, but the sound of McCann’s voice soared to the wooden rafters while his lyrics reached in and squeezed your heart. To take such dark and painful subject matter, put it to music and leave the audience feeling uplifted in the end is a gift I’m not sure even McCann has come to fully wrap his mind around.

But people at the show Saturday know, as do the thousands of people who have been touched and changed by his music and his story of recovery and redemption. He is a man who will tell you music – and his wife, Andrea – literally saved his life and his gracious willingness to share himself with his fans is a mutual love affair of the purest kind.

I have to say, The Kent 1874 is a perfect venue to have the kind of music experience you will never forget in an intimate room with welcoming staff who truly care if you are having a good time. Michael Fry and Stephen Keating have created a unique and wonderful event space. If you don’t take advantage of what they have to offer, you are missing out.

I am looking forward to what is coming up next for The Kent 1874 and the local people who took a historical and architectural gem and re-purposed it so the people of Chatham-Kent can have the music experience Sean McCann gave us. And for that, I say many thanks.