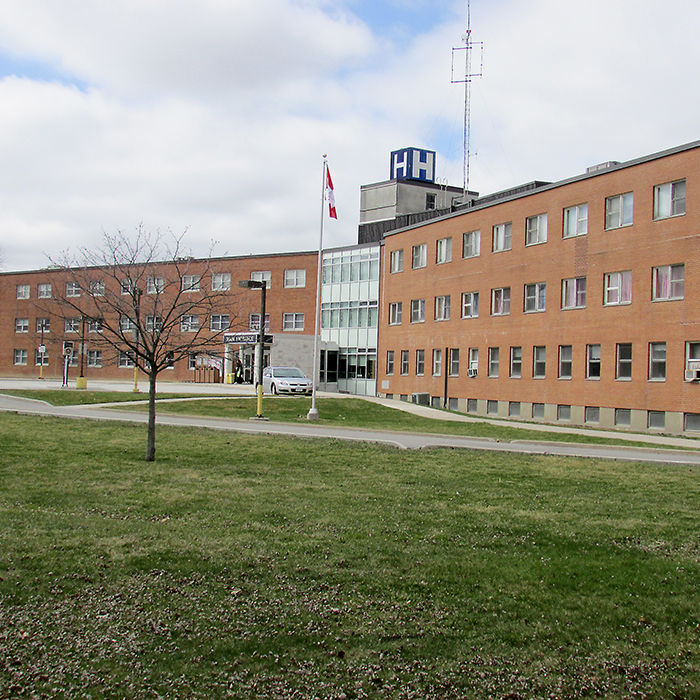 As controversy continues to swirl regarding the extent of its commitment to health care in Wallaceburg, the Chatham-Kent Health Alliance is facing questions regarding its administrative cost and emergency department efficiency.

The Alliance has prepared a proposal to close the Sydenham Campus emergency room and replace it with a 7 a.m.-to-11 p.m. walk-in clinic.

That proposal is to be discussed at tonight’s public meeting of the Sydenham District Hospital board.

Ontario Health Minister Eric Hoskins said Monday there has been no request made to his ministry to close the ER, and any request would need “approval by all members of the Alliance and the Erie St. Clair LHIN (Local Health Integration Network).”

A decision by St. Joseph’s and Public General boards to suspend governance because the SDH board wouldn’t support the walk-in clinic proposal leaves that issue in flux.

Figures assembled by the Canadian Institute for Health Information (CIHI), a federally funded non-profit group shows the CKHA has the second-highest administration expense (as a percentage of budget) and the second longest emergency department wait time of any medium-size hospital in Ontario.

Alliance officials said data on the CIHI site (which is tabulated on a fiscal year basis, the most recent of which is 2014/15) doesn’t reflect current reality.

The largest difference is in the Central Ambulance Communication Centre (ambulance dispatch centre in Wallaceburg), which had a $2 million operating budget.

The CKHA terminated its agreement with the province in 2014. The centre is now operated by Sunnybrook Health Sciences Centre in Toronto.

Olivia Olesinski, a communication specialist with the CIHI, said her organization disseminates information provided by provincial health ministries and other groups, including the hospitals themselves.

“Our sole purpose is to provide complete and correct information on health-care spending in Canada,” she said.

The CIHI lists 32 to 34 medium-sized community hospitals in Ontario. The number fluctuates since all sites don’t offer all services.

Hawkesbury and District General Hospital, a 51-bed facility in a town of 10,000 on the Ontario-Quebec border, has an 8.9 per cent administration rate. The CKHA has 127 acute care beds, according to the CIHI.

Leamington District Hospital, the only other medium-sized hospital governed by the Erie St. Clair LHIN spends 6.2 per cent of its budget on administration.

Among other reasons CKHA officials listed for its above-average administration costs are its outpatient mental health programs, a practice of charging cell phone cost to administration and the fact that it has three boards of directors.

“Our board members are not remunerated, but we do cover out-of-pocket expenses, such as conference registration and travel/accommodation,” Holman said.

Wallaceburg councillor and former SDH board member Jeff Wesley said it’s good to have actual figures, however, they only confirm what many in the community have known or suspected for some time.

“Even if you talk to the people who work for it (the Alliance) they will privately tell you the organization is top-heavy with administrators who are paid extremely well and above average,” he said. “Proper administration would be to look at the organization before cutting crucial services.”
He said the wait time is a symptom of organizational ability at the Chatham Campus.

“They don’t like to hear that Wallaceburg is simply more efficient. They need to learn a few things but instead their reaction is to close something that operates better than what they have.”

He said the alliance continues to operate in a less than open manner.

“I would like to see how operating the boards cost nearly $200,000,” he said. “In my time on the SDH Board I received no remuneration, no mileage and no expenses – nor did I expect any – so I’m not sure where the costs are coming from.”

He said the $10 membership fees paid by Wallaceburg board members are supposed to be used to offset certain governance costs.

“The only costs for SDH Board would be meeting costs for member meetings – a small price to pay for having a membership and democracy,” he said.

“There’s no meaningful public input there,” he said. “It’s a closed group.”

Wesley said although Walpole Island council was given a presentation of the Alliance’s plan, he and fellow Chatham-Kent council member Carmen McGregor have not.

“It’s the way they do things,” he said. “Divide and conquer. Play one group against another. They may find the people they’ve done this to will all be lined up on the other side of the issue.”

Shirley Roebuck of the local chapter of the Ontario Health Coalition said it’s time for stronger management and governance at the Alliance.

“The preference of a few cannot dictate health in our community against all standards of good medicine, metrics and common sense,” she said.

The two other hospitals in the local LHIN group are Windsor and Sarnia, both classified as large community hospitals.

Windsor has a 4.7 per cent cost of administration and Sarnia’s is 5.7.

Other medium-sized Southwestern Ontario hospitals include St. Thomas (6.5 per cent), Strathroy (5.5), Stratford (4.8) and Woodstock (3.6 per cent, the lowest in the entire province in its category).

The Ontario average for administrative expense is 5.8 per cent while the Canadian average is 4.5 per cent.

Nathalie Robertson, Manager of Financial Standards and Information at CIHI, said administration expenses include salaries of hospital administrators, finance personnel, human resources and communications staff as well as the costs of those operations.

“The total includes labour-related costs, occupational health and safety expenses, records for staff and a number of other areas associated with operating any business centre function,” she said.

Robertson said the CIHI makes no determination on the efficiency of an operation based on administration.

“Indicators are only one part of the story,” she said. “It would be a mistake to base an opinion on any hospital based on any single category. There are always hospitals that do well in some areas and not so well in others. The indicators can be something officials can learn from. They start a conversation.“

In addition to administration expense, the CIHI lists average cost of a standard stay as its other indicator of hospital efficiency.

In terms of emergency care, the wait time to see a doctor at the CKHA is the second longest in Ontario, but the time it takes to find a bed if you’re admitted is above average.

On average, patients at the CKHA emergency department face a 4.5-hour wait to see a doctor. Hawkesbury has the dubious distinction of the longest, at 4.9 hours. All figures are based on fiscal 2014/15 data.

Leamington is the third worst in the province among medium sized hospitals with a 4.3-hour wait.

The average ED wait time for medium community hospitals in Ontario is three hours, while the national figure is 3.1.

In a report earlier this year, Patey said the wait time has been reduced through a provincial program, however, comparable province-wide figures were not available as of press time.

If you’re admitted, you’ll wait an average of 12 hours to get a bed at one of our local hospitals, down from 18 hours two years ago.

Greg Webster, Director of Acute and Ambulatory Care Information Services at CIHI, said although wait times could be considered a concern, the relatively good rate for time spent in emergency for admitted patients is within the Canadian Association of Emergency Physicians guidelines.

“What we’re seeing is that generally when a “decision to admit” has been made, a bed is being found fairly quickly,” he said.