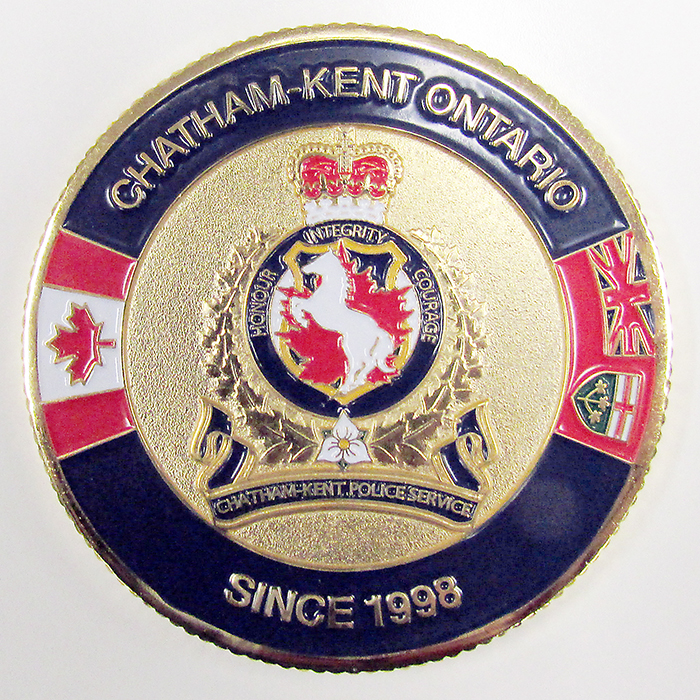 Attempts to create controversy over a “challenge coin” issued to members of the Chatham Kent Police Service are misguided, according to Deputy Chief Jeff Littlewood.

The Voice received an e-mail purportedly from a member of the CKPS alleging the coins promote “alcohol consumption of the members by upper management.”

The e-mail contained an attachment from Insp. Trevor Crane explaining the rationale and history of the coins that became popular among American troops in Germany after the Second World War.

The practice at the time involved soldiers challenging each other to hold a particular piece of Germany currency. If the person challenged didn’t have a coin, there were required to buy drinks for those who did.

The e-mail author, using the name Slappy White, said he or she was remaining anonymous “for fear of reprisal for providing this information.”

Deputy chief Littlewood acknowledged the coins and said they have been issued as a way of promoting a sense of identity and spirit among CKPS members.

“The coins are an established method of showing pride and identification in the service,” he said. “I would say the letter writer is someone who has an axe to grind, but the intent of the coin has been misrepresented.”

He said the cost of the coins was approximately $500.

“At one time, groups provided lapel pins, at other times some groups had rings or other identifiers,” he said. “The history of the coin may have given someone the wrong impression, but if they had brought the issue forward, we would have dispelled any concerns.”

Littlewood said challenge coins are becoming increasingly popular with police services in Canada and the U.S.

“The FBI has challenge coins and Canadian services in places such as Peterborough have them. Members trade them and collect them. I probably have about 20 myself.”

The CKPS coin has municipal, provincial and federal cresting on one side and the service’s mission statement, values and a map of the municipality on the other. 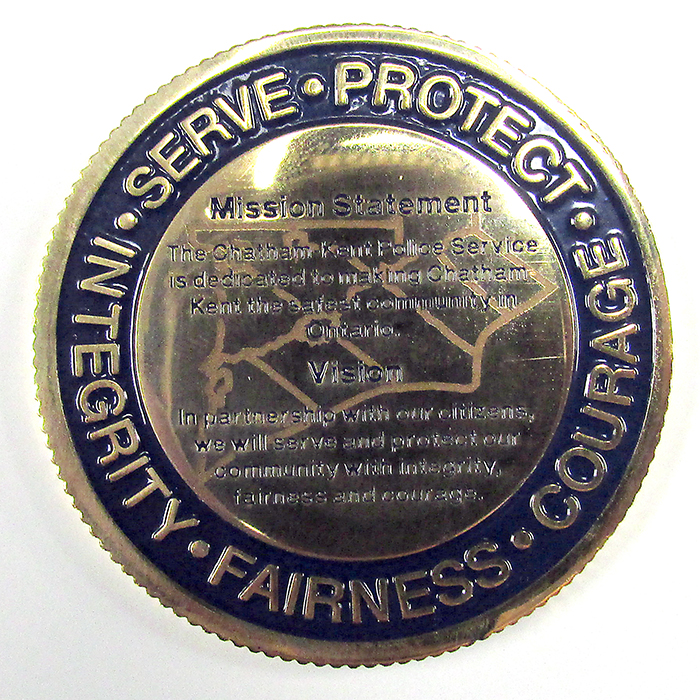