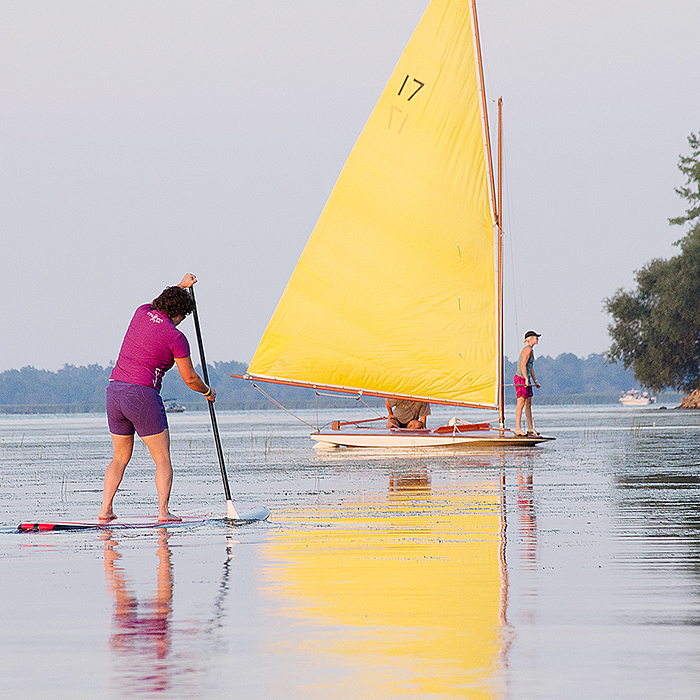 Chatham-Kent is on the right track in its approach to tourism according to Susanne Spence-Wilkins, co-chair of the Tourism Stakeholders Advisory Council.

Spence-Wilkins, responding to concerns about Chatham-Kent’s decision to not fund a tourism booth at the RM Classic Car Exhibit and that company’s subsequent decision to close the exhibit to the public, said the community needs to better use its resources.

“People aren’t driving to a tourist booth and picking up pamphlets any more,” she said. “We need to invest our time and energy into something that pays dividends.”

Bob Crawford, general manager of community development, said it became obvious keeping the booth open wasn’t the best use of resources since it was budgeted to use about 20 per cent of the municipal tourist expenditure.

“We just completed the Tourism Destination Management Plan (TDMP) last fall so to tear it up and ignore its recommendations a few months later would have been foolish,” he said.

Spence-Wilkins, owner of the Crazy 8 Barn in Palmyra, said the council is comprised of about a dozen business owners, managers of cultural facilities and the arts.

“We’ve had an amazing year in terms of developing a plan,” she said. “We’re coming together with the municipality in a way we haven’t before and there is a real sense of optimism that we can accomplish things. That always hasn’t been the case.”

Audrey Ansell, Chatham-Kent’s acting manager of resident attraction and retention, said the TDMP is designed to change the way the municipality thinks about and markets tourism.

“We needed to identify which sectors are market ready,” she said. “We identified Black history, angling and meetings and conventions as the 2016 priorities.

The second tier for 2017 involved First Nations and the War of 1812 and classic cars and tier three from 2018 to 2020 involves promoting our rural lifestyles, cultural and agri/culinary tourism.”

She said the priorities weren’t based on value to the community as much as on the ability to organize and market them.

“We needed to develop our products before taking them to market, so to speak,” she said. “It’s about being able to identify and gather resources and present them in such a way as to attract tourism. You have to make tourists part of the experience and to do that you need organization. Tourists don’t want to just come and visit a museum; they want the experience of activities related to whatever is at hand. They want to touch, feel and be connected.”

“We have tremendous potential but it’s a competitive field,” she said. “Without having everyone on board, we won’t give tourists the experience they want and they won’t be back.”

Spence-Wilkins said although she’s grateful for the municipality’s help, the entire community must come together.

“We need to get past the thinking that we have a great display of this or that so people will automatically show up. We need to think like customers, put our individual issues aside and realize that every tourist who comes here benefits the entire community.”

She said there have been extensive consultations with all sectors in the municipality.

“It’s time to realize we’re all in the same boat. What helps you this time will help me next time.”

She said she appreciates council’s support of the plan and its funding help.

“They’ve stuck their necks out for us,” she said. “Money isn’t easy to come by and we want to use what we have to grow the economy for everyone. If we do that, it will be money well spent.”