Woman honoured for her treatment of her pet

Feb 16 • Feature Story, Life • No Comments on Woman honoured for her treatment of her pet 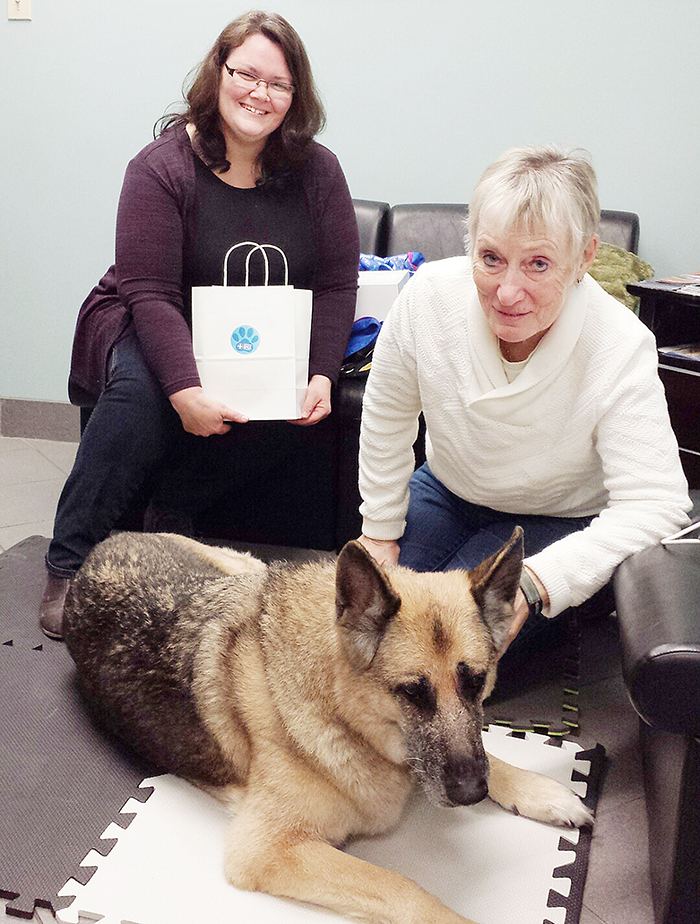 Robyn Brady of the OSPCA Kent County Animal Centre, hands Linda Melnick a thank-you gift for how she treats her long-time pet, Raven.

For more than a decade, Raven has benefitted from having such a great owner in Linda Melnick.

But on Feb. 16, Melnick received a touching gift of appreciation.

Raven, her 11-year-old German Shepherd, needed a little help here. Enter the OSPCA. Robyn Brady, of the OSPCA Kent County Animal Centre, gave Melnick a gift pack, complete with some treats for Raven, and a cupcake for Melnick.

“It’s a campaign we started last year for Random Acts of Kindness Week,” she said. “We decided it was a great way to honour people who were being good pet parents.”

“She is the epitome of what a responsible pet owner should be,” Brady said. “She takes the finest care of her animal.

“It’s nice to know there are people in the community who are going above and beyond and making sure their pets are being well treated.”

As for the cupcake, it’s part of the OSPCA’s National Cupcake Day promotion. This will be the fourth year for the fundraising event.

Brady said schools and businesses are getting involved, holding in-house fundraisers for the tasty treats.

You can still go to nationalcupcakeday.ca to register to take part.

This year, the official day is Feb. 29, but events are taking place throughout the week prior, including a cupcake bake off Feb. 27 at Value Village. The competition begins at 11 a.m.

Meanwhile, the Kent County Branch of the OSPCA will be set up in the Downtown Chatham Centre on Feb. 29 to celebrate National Cupcake Day and to raise funds.