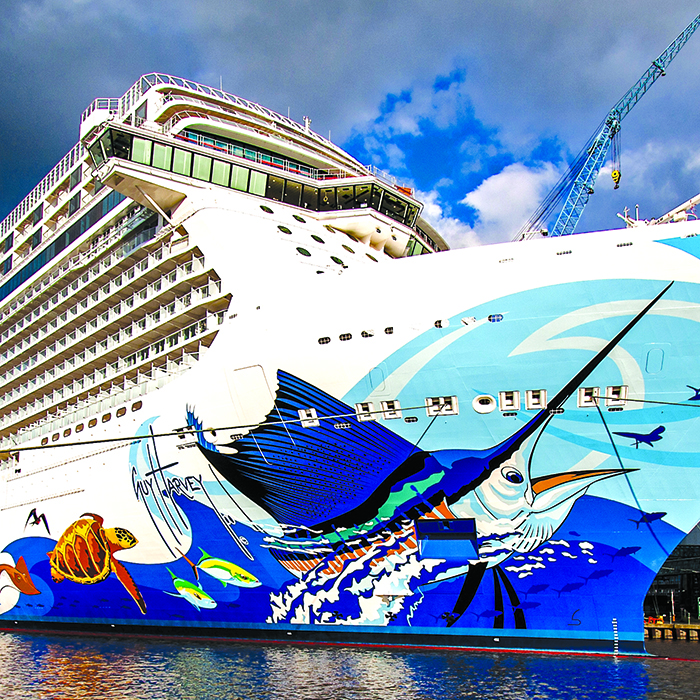 The Corcoran residence is full once again, and separation anxiety is over.

For nine days, our teenaged daughter left us for sunnier climates.

Mary’s brother and his wife scored a great cruise package back in the fall – buy two adult tickets and get two kids’ tickets free. The only problem was they have two grown kids and just one teenager.

Enter Brenna. Same age as her cousin Matt, and both about as easy going as they come.

So for a week, our kid essentially became their extra kid.

And our house went very quiet.

We were worried how she would do away for such a long period. Well, we weren’t all that concerned, but Brenna likes to keep in touch, even if it’s just to text goodnight.

But she wasn’t just out of the country, but rather at sea and visiting numerous ports of call in the Caribbean. Cell phone packages just weren’t feasible, and the Internet Cafe on board the ship was a steep $35US a day, a steep price just to say goodnight.

So off she went. The last time we heard from her was the morning before they boarded the ship. For a full week, we didn’t hear anything from our only kid.

It’s very safe to say that while she may have missed being able to reach out to us now and again, we were the ones who had the bigger separation issues.

Then again, we weren’t climbing on ropes high above a massive cruise ship, or enjoying trip after trip down waterslides atop the vessel.

Nor were we eating huge steaks, massive burgers, rich salmon dishes and everything in between, while enjoying the hot sun of the Caribbean.

Nope, we just huddled down during a cold week and knew she was enjoying herself.

That didn’t mean when we met her and her cabin mates for dinner Sunday night back in Chatham that we weren’t eager to see her. I didn’t even have the car in “Park” as we pulled into our parking spot when Mary had her seatbelt off and one foot out of the door. She was a good 30 feet ahead of me heading into the restaurant.

No, Brenna didn’t grow two inches during her time away, but she did grow inside, in terms of independence.

And she bonded with family. I’m surprised she and her cousin Matt didn’t giggle themselves hoarse during the trip. It could have occurred after they were accidentally served booze in one restaurant. They ordered virgin drinks and could taste the alcohol in them.

More giggles took place when her uncle enjoyed the rum punch at a spot in St. Thomas in the U.S. Virgin Islands. It seems the drinks pack quite the punch, so after a couple of glasses, the normally reserved Tom became quite animated with directions for a time, much to the joy of the kids.

Or when Matt accidentally karate chopped a water glass, or when the ship was in heavy waves and they were getting rocked about in one of the swimming pools on board.

And then there was Aunt Delynne’s uncanny knack to capture part of a finger in photographs on her iPad (tablet photo taking isn’t as easy as it seems).

The stories we heard were hilarious; Brenna’s memories from the trip, priceless.

But on Sunday, it was back to reality. When she left the restaurant and got into our vehicle, her teeth were chattering.

“I missed you guys. But I didn’t miss the cold.”

We missed her too, and didn’t escape the winter’s chill.