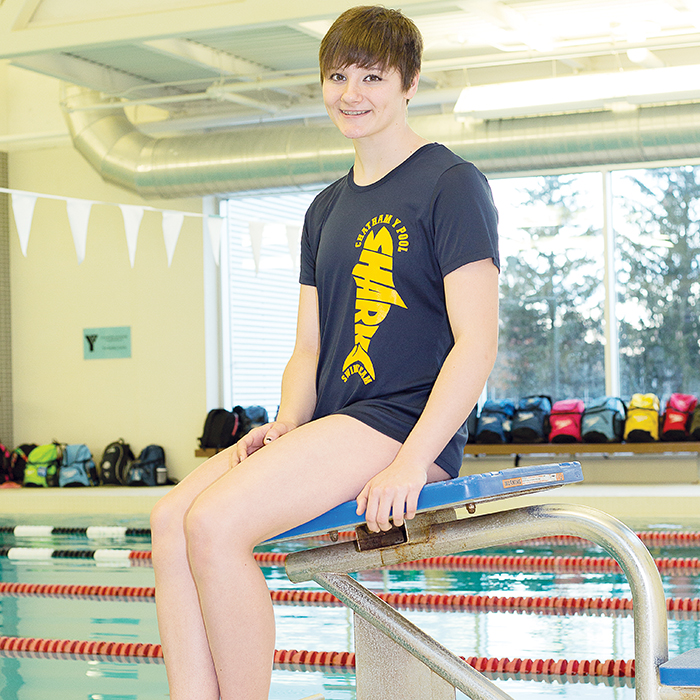 Madison Broad of the Chatham Y Pool Sharks was in Scarborough December 4-6, 2015 at the Junior International Swim Meet for swimmers 18 and younger.

The meet brought fast competition from Junior Level swimmers across Canada, the United States and even a team from Great Britain. Broad was selected to be a part of the tour team sent by Swim Ontario based on her individual results in the 2014-2015 season.

“I felt like the competition was harder and it pushed me more,” Broad said. “I also felt prepared and great in the water.”

Up next for the Pool Sharks are two meets next weekend before a short break over Christmas. Genevieve Sasseville will be competing at the Ontario Winter SC Championships in Etobicoke from Dec 10-13. The rest of the team will compete at a SEAL Meet in Leamington on Dec 13.