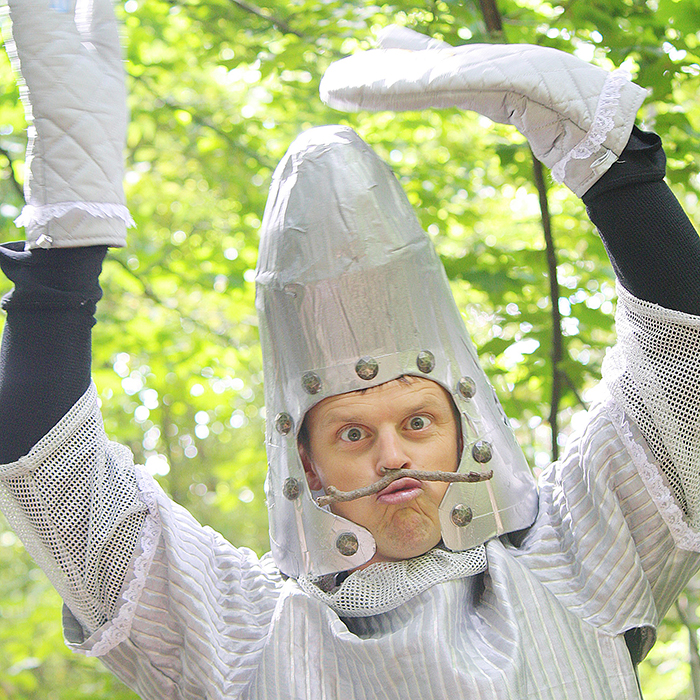 It was a weekend of independence, support and Monty Python around the Corcoran household.

All of it enjoyed in Chatham-Kent.

Last week, I told you of the battle with the backyard leaves. My wife and I defeated all but a small corner of the yard before my hip said enough was enough. As is the case with Mother Nature at this time of the year, we won that battle, but not the war. She counterattacked, as the maples – red, Norway and Japanese – led the offensive, dropping most of their remaining leaves.

Mere days after our early victory, there was a new carpet of leaves, most of these up close to the house, on our patio, on the mesh atop our pond, and in the first half of the yard. On top of that, the Japanese maple, with its thin leaves, dropped a load right around itself deeper in the yard.

But just as Mother Nature attacked, she swept most of her leafy forces off the battlefield the next two days. The wind Thursday and Friday pushed pretty much everything to the east fence, with a good portion also curled up against our sheds. The Japanese maple leaves, however, remained entrenched around their tree.

Enter the leaf vacuum. I started the assault, taking on the main part of the yard, followed by a furious attack on the remaining oak leaves. But just as my energy began to run out, reinforcements arrived in the form of my teenage daughter, Brenna. Her timing was perfect. I handed over control of the leaf vacuum and went old school on clusters of leaves lurking along the fence, arming myself with a rake.

Now, I want to leave some leaves over our flowerbeds, but I pulled the majority out from there, and from behind our pond and near the east fence gate. What was left were two large piles of leaves that had surrendered to my rake onslaught.

I pointed these piles out to the girl in charge of our heavy weapons, Brenna, and she finished the dirty work, mulching and bagging the suckers.

While she did that, I moved onto other foes. I admit with my hip rehab this year, our yard didn’t get the TLC it deserved. And the past couple of years, with my same joint acting up, it has suffered from some insurgency.

A handful of saplings were sneaking along the perimeter. Some survived by taking root behind some of our larger plants along the fence line. Others, underneath the play set in our backyard (hey, Tricia, remember that lovely item?)

But with renewed energy, a nice, functional metal hip, a hand saw and heavy trimmers, I set out to cut down the opposition.

But they wouldn’t go down without a fight. As I bent down to take out the largest of the group, it put up a fight. I was cognizant of the branches that were sticking out from the sapling, or so I thought. One sticking almost straight up caught me in the right cheek.

I had my war wound – a scrape about two inches long. It drew blood.

My daughter noticed from half a yard away and asked what happened. I explained my foolishness.

“It makes you look tough,” she said, and returned to her work.

And an energetic one. After we went inside and my wife broke out the hydrogen peroxide to clean my scrape, Brenna wanted to bake some oatmeal chocolate chip cookies. She’d done this recipe with her mother on a couple of occasions, but Mary Beth released the apron strings and suggested Brenna bake them on her own.

As I all but dozed off while watching college football late Saturday afternoon, Brenna mixed up her cookie batch and baked up a storm. And they were tasty!

So now she has oatmeal chocolate chip cookies to add to her repertoire. I think the only other thing she knows how to cook is Kraft Dinner.

Methinks we’ll have to expand that knowledge base sooner rather than later.

But let’s hope she doesn’t try cooking Spam. I had my fill of that – in a good way – on Saturday night.

We went with friends to see the final night of Spamalot, put on by Theatre Kent, at the Chatham Cultural Centre.

It was a hoot! I’m a Monty Python fan, so this was right up my alley. Admittedly, I am no fan of musicals (I believe lines should be spoken, not sung), but I enjoyed all the Python humour.

And if you have to watch a musical, if it’s not a rock opera written by The Who’s Pete Townsend, then it may as well be one written by Eric Idle.

It was an impressive performance put on by a local theatre company.

And Jenn Wason, as the Lady of the Lake, showcased an amazing set of pipes. That woman can sing!