Steve Parr’s fascination with Monarch butterflies started with a move two years ago and it shows no sign of stopping.

“We were celebrating our 20th wedding anniversary and we were at the Henry Ford Museum when they played “Flight of the Butterflies.” I was amazed and went home wondering what I could do to help.”

Monarchs in Ontario were on the decline for years since the province listed the milkweed plant (the only food source for monarch caterpillars) as a noxious weed.

“Milkweed plants were being destroyed almost everywhere and along with them the population of monarchs,” he said.

When the government removed the plant from its list, the butterflies slowly started to come back but Parr decided to give them a helping hand by planting milkweed and having his yard designated as a monarch waystation through the group livemonarch.org.

“I planted some milkweed for them to lay their eggs on and flowers so the adults can feed on the nectar,” he said.

September marks the annual monarch migration to Mexico (the subject of the film) and the event was marked Sept 20 with a banding program at Rondeau Provincial Park.

“It wasn’t until 1975 that anyone actually knew where the monarchs went on the migration,” he said. “There is still a lot of mystery about how the insects migrate thousands of kilometers each year. They pick their own time and find their own destinations. Science can’t understand it.”

Parr said it takes nothing more than planting milkweed to draw the colourful butterflies.

“I had one plant and it was just amazing that they somehow find it,” he said. “It only takes a little bit of effort to make a big difference.”

Parr said the online community provides plenty of information and support. He’s a member of Facebook communities and www.MonarchWatch.org. 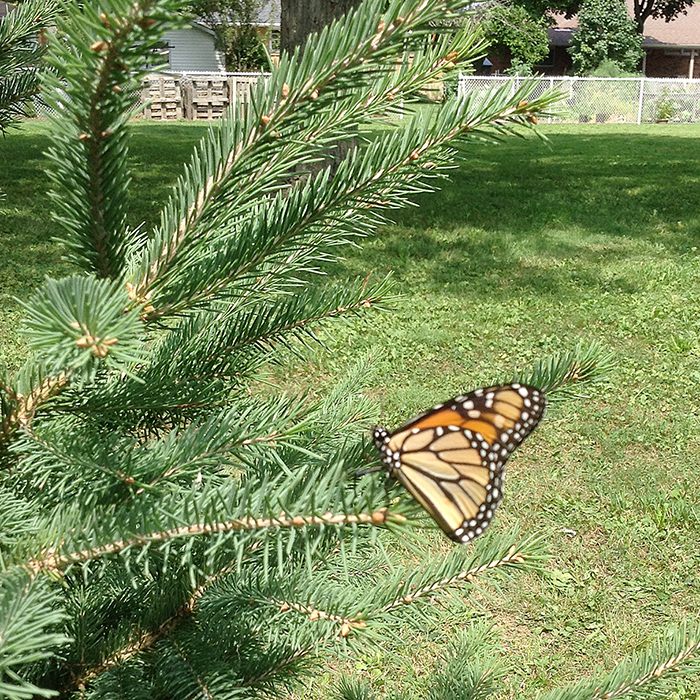