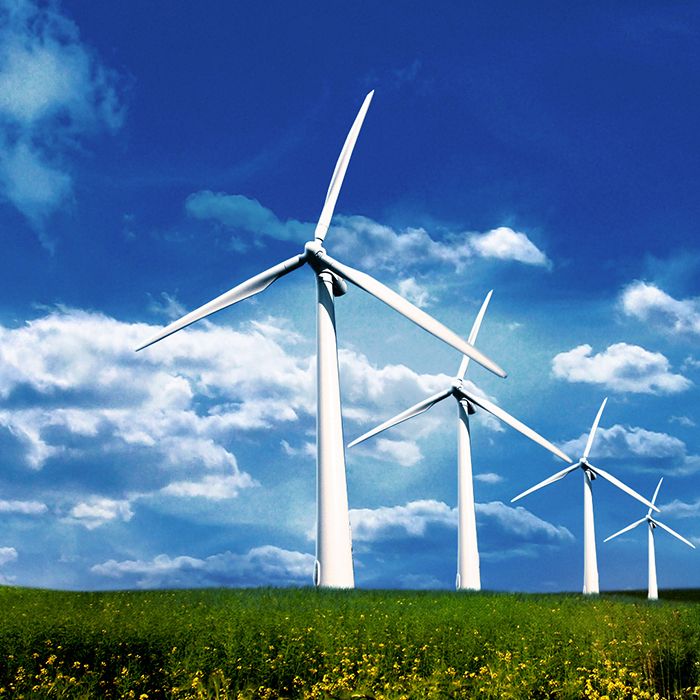 There are now five firms vying for the right to build what will likely be the final 20 to 50 wind turbines to be located in Chatham-Kent.

The five projects total 100 turbines, however, Entegrus president and CDO Jim Hogan said there are only 60 to 100 megawatts available in the area west of London, so competition will be stiff.

“There are eight to 10 developers in communities east and west of Chatham-Kent and there is limited capacity,” he said. “It’s going to come down to whoever submits the most competitive bid.”

The meeting will be held at the Clubhouse at Baldoon, from 5 to 8 p.m.

That project is proposed to be in an area bounded by

Payne Line on the West, Stewart Line and McCreary Line to the south, Whitebread Line and Kent Line to the north and the Mandaumin Sideroad to the east.

Although the exact number of turbines to be allowed won’t be known until provincial approval is given, each turbine generates approximately two to three megawatts of power annually.

Patricia Lemaire, a spokesperson for the project, said the group is hoping for a strong turnout.

“We want to provide as much information as we can to people nearby,” she said.

She said there will be representatives on hand to discuss the project and those interested are welcome to visit its website at ottercreekwindfarm.ca

“We took the lead and from the beginning we negotiated from the basis that if the turbines were going to come here, the community should benefit,” he said.

The municipality received an $11.5 million commitment from Samsung Renewable Energy Inc. and Pattern Energy Group that consisted of a $1.5 million lump sum in 2013 and $10 million over the next 20 years.

The funds are placed as received in the South Kent Wind Community Fund that allocates funds for community needs through an application process each year.

Entegrus, the municipality’s electrical distribution entity, has the option to purchase up to a 15 per cent equity in the projects now awaiting approval.

Hogan said a discussion about equity would happen once the successful bidder is chosen.

“There is an opportunity for a continuing revenue stream that we’d like to make happen if possible,” he said.

Entegrus already has significant revenue from maintenance contracts on turbines and the economic spin off can be seen in areas such as education where St. Clair College’s Thames Campus offers maintenance technician courses for renewable energy.

Hope said his only real regret is that the municipality didn’t seek an ownership stake in earlier projects.

“We’ve learned as we went along,” he said. “I wish we could have sought some equity but overall I think we’ve managed to strike a very good balance between encouraging the wind investment and holding the firms accountable in terms of helping our communities.”

He said the construction and taxes were a welcome sign to the community that was struggling to emerge from the recession of the late 2000’s.

“There are communities who haven’t chosen to accept the reality that turbines are a viable energy source that the province has endorsed,” he said. “We have and we’ve done well economically.”

Hope said he’s proud of Chatham-Kent’s role in leading the province in energy through wind.

“We’re being responsible and showing that we aren’t afraid of the future.”