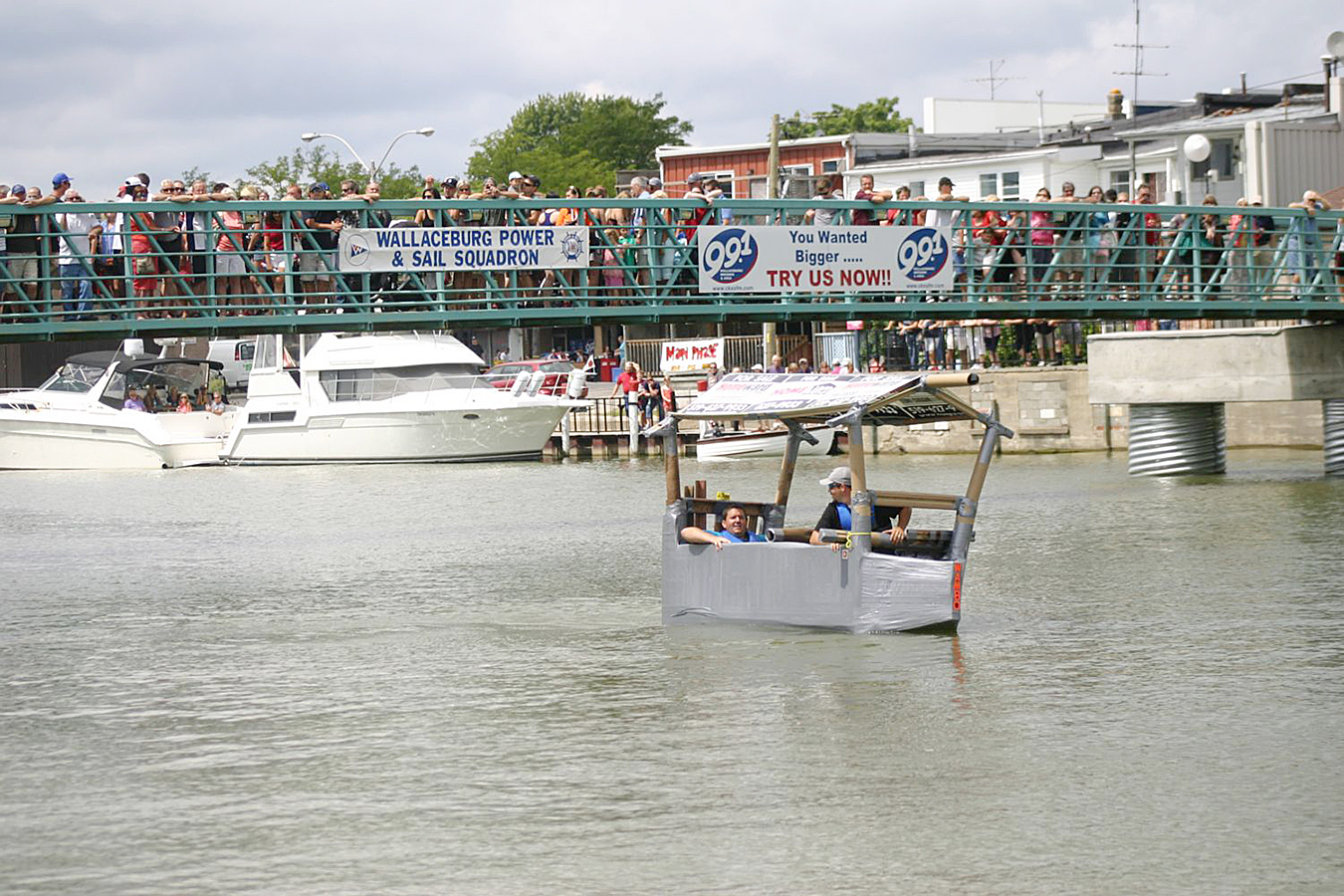 Kevin Roocroft and Tom Cogghe from Homeward Realty were cruising in their homemade boat during the inaugural cardboard boat races at WAMBO in Wallaceburg on the weekend.

The chair of WAMBO 27 is ecstatic with the outcome of Wallaceburg’s biggest annual event.

“It couldn’t have gone any better,” organizer Bill Wolsing said. “I mean it was something that is based a lot upon the weather. We had great weather, we had a great crowd, and we had a great show. It was just perfect all the way around.”

Wolsing said he was happy to see the number of boats increase this year.

“The numbers have always been good with the cars,” he said. “The boat numbers are up, which is nice to see.”

Some of the new events went over great as well.

Wolsing added: “WAMBO on a good weather weekend we usually have 20,000 to 25,000 people that come through and I would say that’s pretty much par for the course this year too.”

Wolsing said a unique highlight this year was a wedding that took place in downtown Wallaceburg during WAMBO between Josh Mills and Brittany McGee, the first time this has happened in the event’s 27 years.

“That was the neatest thing. It was a first. This couple actually met as volunteers for WAMBO and obviously they fell in love and just got married. It was a beautiful wedding. I was quite impressed with the whole thing and it was nice to see,” Wolsing said.

Overall, Wolsing said he is proud to see the community come together for the event.

“It’s a community that joins together and becomes a team to present this town’s best event in the best possible way,” he said. “I couldn’t be any more proud of the co-operation and the efforts from the municipal workers, the volunteers and of course our directors and managers. It couldn’t have gone any better and I am so proud to represent them all as chairman of WAMBO.”

Wolsing added: “We are going to get right back at it again and start planning for next year and we are going to have it bigger and better.”

For a photo gallery of the WAMBO weekend, visit the Sydenham Current. 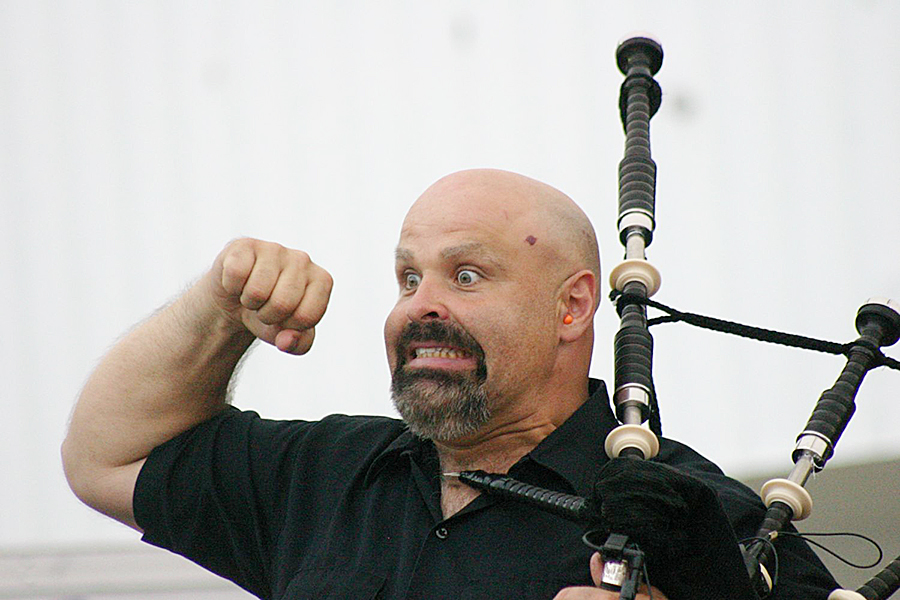 Sandy Campbell of The Mudmen flexes for the crowd during their performance at WAMBO on the weekend.