The two couples who own the banquet and music hall in Chatham share blood – as a brother and sister are involved.

Stephen and Stephanie Keating, along with Michael and Melanie Fry, own what is the former Chatham Baptist Church at the corner of Park and William streets. Stephanie and Michael are siblings.

The notion to purchase the church came at a get together at the family cottage in Rondeau. Stephen Keating, a Toronto-based developer, said he is always looking at property to convert for other use.

When he and Michael Fry learned the Chatham Baptist Church was for sale, they were intrigued.

The next thing you know, they had purchased it, and plans were underway to convert the building, built in 1874, into a much different facility.

The purchase took place a year ago. Renovations, which began back in February, have evolved around retaining as much of the building’s classic features as possible. The large pipe organ remains in the main hall; beautiful stained glass windows let in natural light throughout the building; the grand piano that so many Kiwanis Music Festival students have used over the years remains a key feature; and the raised dais that used to be home to the minister and choir on Sundays is now a stage of sorts.

The developers have also made many upgrades. The washrooms are larger, most floors have been resurfaced, and a drop ceiling has been removed to showcase several original architectural features.

Keating and Fry believe in the buy local, shop local mantra, as they used local suppliers and contractors for their renovation efforts.

Walking into what used to be the church hall, which housed luncheons and other functions over the years, you are greeted by a much warmer atmosphere. Gone is the tile floor and drop ceiling and fluorescent lighting. In their place is wood flooring, a high ceiling complete with fine metalwork at the top of each support pillar, and warm light fixtures.

It is but one example of the changes made at The Kent. But the big one is the use of the building.

The Keatings and Frys can’t wait to rent the facility out for weddings and other events, but they also have ideas of their own, revolving around music, food, and just good times.

“I would love to see us bring local music to life,” Fry said.

“What we’re going to be creating is a music series. We’d like to have weekly local music and maybe once a month bring in a Canadian headliner,” he said, adding it would have to be someone who would appreciate playing an intimate venue with “amazing acoustics.”

The owners have asked Alysson Storey to help out with marketing and promotions.

Storey sees The Kent as a magnet for music and entertainment.

“This fits a unique niche. We’re a private hall, which allows us some nice flexibility,” she said.

People have already approached the owners about booking the hall for weddings, a book signing, and even an album release party, Keating said.

“People will be amazed at the versatility of the space upstairs,” he said of the hall. “You can have a wedding, go outside for pictures or downstairs for hors d’oeuvres, and come back to see the hall set up for a great party night.”

Variety is said to be the spice of life, and it appears the owners of The Kent hope to see such spice occupy their building. They want to host culinary events, a craft beer evening, art shows, you name it, along with the weddings, anniversary parties, and live music events.

“We just want to bring in some exciting entertainment and some great culture,” Keating said. “Culture doesn’t need to be a snooty word.”

Fry agreed. They hope their special events draw people back again and again.

The hall gets busy this week, starting Thursday, when musician Rob Mitchell performs at a private function. For more information, e-mail rsvp@thekent1874.com.

On Friday, the Frys and Keatings host an invite-only grand opening.

And on Saturday, they open the doors to the public, holding an open house from noon until 5 p.m.

They look at the event as a chance for the public to come and see the work they have put into the place, but also as a pre-Beach Boys party, as the original boys of summer are playing in Tecumseh Park that evening.

The Beach Boys concert is a fundraiser for the Rotary Club and its commitment to the Chatham-Kent Hospice. The Frys and Keatings are holding a raffle at their afternoon gathering, where all proceeds will also go to support the hospice.

Up for grabs are such things as Beach Boys albums – signed by the band and framed – as well as various prizes donated by local businesses.

The owners of The Kent believe in supporting the Children’s Treatment Centre and the Hospice.

“We can help out with the beginning of life and end of life,” Keating said. 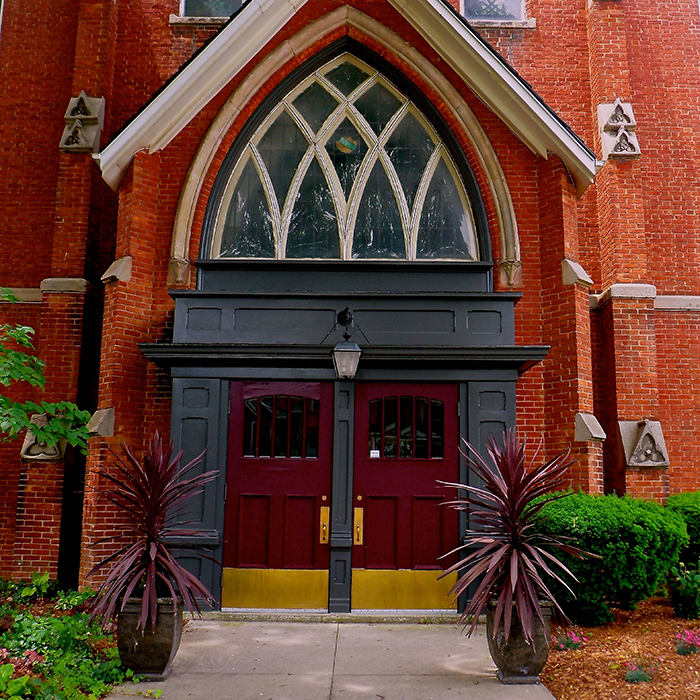