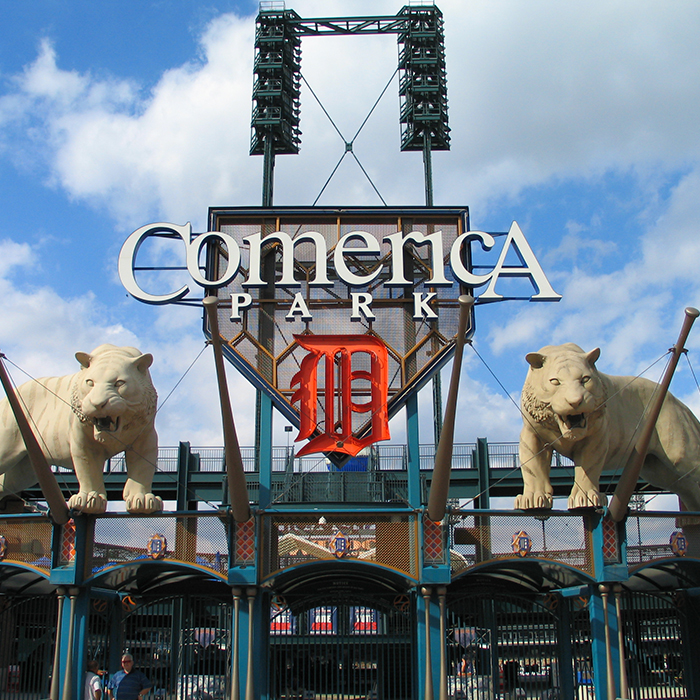 I do believe I have graduated.

I am talking, of course, about my hip rehabilitation. It has been 11 weeks since I got my right hip replaced. Last week, I said goodbye to the folks at Chatham Physiotherapy. I still have exercises to do and muscles to strengthen, but they were happy with my progress.

What better way to celebrate than slide over to Detroit for an afternoon ball game? Four of us went over to take in the game and shoot the breeze.

Prior to the game, we wound up at Cheli’s Chili Bar across the street from Comerica Park. We wanted to sit outside on such a beautiful day, but a private party occupied the parking lot, so our only other option was the rooftop.

My legs got quite the workout going up four flights of stairs. But I need to do such things, and it was worth it. Tired legs, heaving chest, and a great view.

We wound up walking around Detroit and Windsor a fair bit that day, even misplacing two of our friends at one point. Let’s just say the Tunnel Bus is both a blessing and a curse.

By the time we were back in Chatham, my legs were exhausted, but it was a great day overall.

Naturally, I felt my muscles talking to me for a few days afterwards. Hot tub time and arthritis meds can work wonders.

So too can friends. I set it up to return the lift chair Friday that I borrowed for after my surgery. Buddies Chad and Jeff did the heavy lifting, as I just didn’t want to chance doing anything to my hip.

We had the chair returned in no time and settled in the backyard to chat. I mentioned I had a wasp nest under our swing set, and they quickly got up to investigate. They decided that, rather than me getting a spray bomb to nuke the rather large nest, they would knock it down.

Jeff grabbed a stick – a rather short stick at that – and off they went.

He only managed to take out some of the nest’s exterior and anger the wasps.

And he complained about the stick. I offered a broom or even a rake, but he wasn’t interested. Back at it he went, and back towards me they both came running. More damage to the nest, and a trophy for Jeff. One of the wasps caught him on the wrist.

That put Chad in charge. He accepted a spade and took down the nest.

I went out the next morning to see if the wasps had all left, but they were trying to save their larvae on the ground and repair a chunk of the nest. In the end, I did need that spray bomb.

But had we just gone that route, we’d have missed out on a lot of laughs.

Speaking of laughs, I had the chance to sample someone else’s barbecuing on the weekend, and wasn’t disappointed. Derek’s ribs were delicious. And his sauce was entertaining.

He had put whole Scotch bonnet peppers in the sauce to give it some heat. When he pulled the peppers out, he offered me one to eat. I thought they were habaneros, and I declined. Scotch bonnets are much hotter – more than 10 times hotter than jalapeno peppers.

So Derek popped one into his mouth, chewed and swallowed. In no time he was running for a glass of water and then grabbed the milk jug and guzzled from it. Finally, after a dive in the pool and some bread, he felt much better.

The hottest food I can recall eating were the stuffed jalapenos I did last year without soaking them to take out some of their sting. They were darned hot. I could only imagine what Derek suffered through. I’d have probably gargled with a milkshake while tears ran down my cheeks. 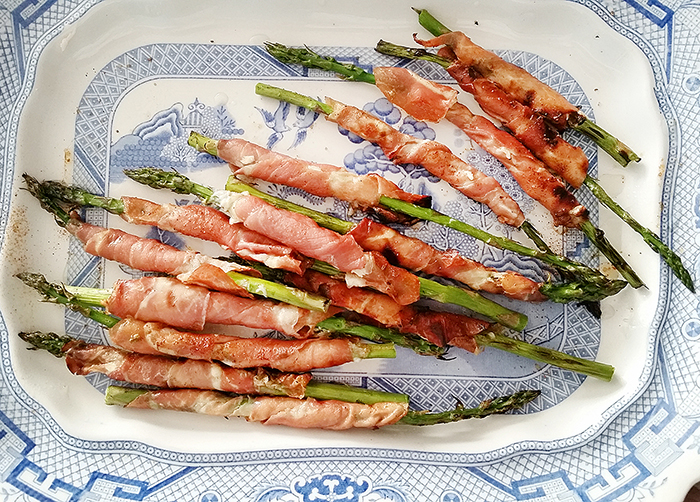