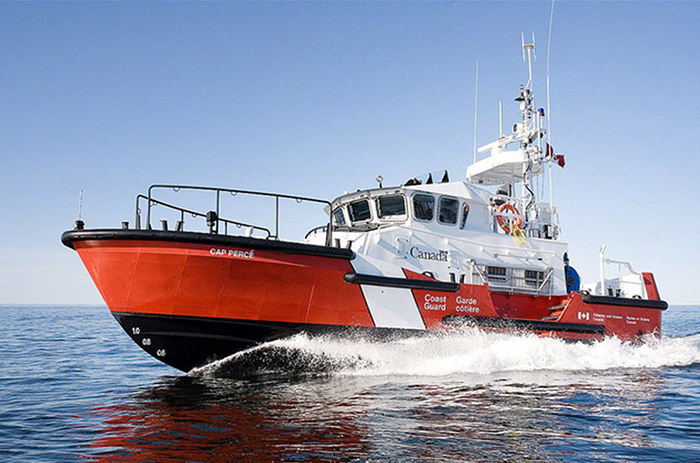 If you’re looking for an easy answer to why a Wheatley firm was judged capable enough to build high-tech oceangoing Canadian Coast Guard vessels but doesn’t have the expertise to construct a ferry to run halfway across Lake Erie, you’re likely to be disappointed.

Hike Metal Products was last week awarded a $43-million federal contract to build six (and a possibility of up to 10) search-and-rescue lifeboats a month after being refused the opportunity to bid on a new Pelee Island ferry.

The federal contract is part of a national shipbuilding procurement strategy. Building the 60-foot craft will more than double the company’s workforce of 20 and will also create spinoff trades jobs.

The good news came a month after the firm was not allowed to bid on the construction of a car-and-pedestrian ferry to Pelee Island, 13 nautical miles off shore from Leamington.

That $40 million contract went to a Chilean firm for reasons that would baffle a code-breaker.

The provincial Transportation Minister said the reason the contract went to Chile is that the government couldn’t find a Canadian firm with the capacity to build the ferry that will house 399 persons and 35 vehicles.

Later Hike was told it didn’t meet the standards in the request for qualifications phase that led it to be disqualified from bidding. It even partnered with a Quebec firm on the bid, which didn’t swing any provincial support.

Hike officials say they have built far more sophisticated vessels, including tugs for the Toronto Harbour and luxury personal yachts.

The firm isn’t ruling out legal action based on the government’s rationale. A meeting with the province resulted in Hike officials believing the government was merely trying to limit its exposure by offering different opinions.

An open public inquiry into how the bids were handled might generate some insight, but for a government with an established track record for hiding information (see gas plant scandals, e-health, ORNGE air ambulance and others) it’s unlikely.

A majority government likely means the real answers will remain at the bottom of some very deep water.