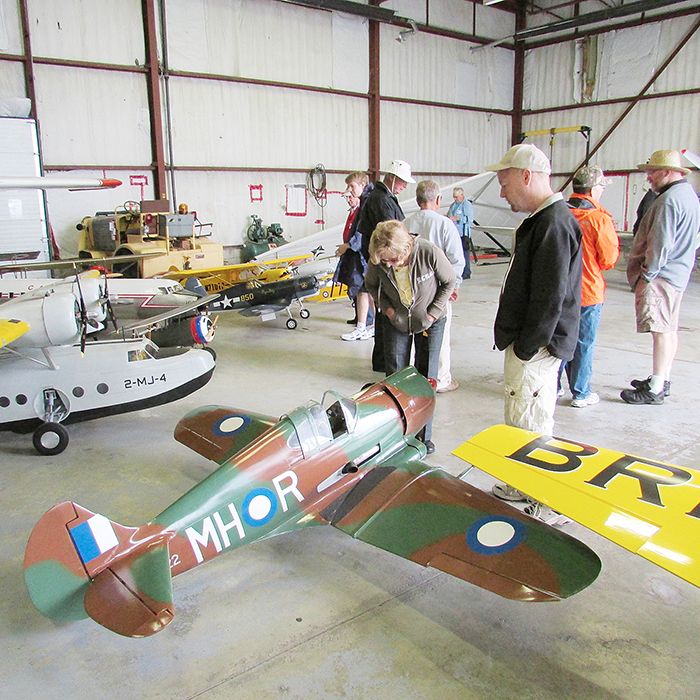 Weather permitting, the Chatham Airport will be buzzing with small military aircraft on the weekend.

From bi-planes to sleek Second World War fighter aircraft, scale-model planes will be on display on the ground and in the air. So too will a few jets.

It’s the annual Warbirds and Classics weekend, put on by the Chatham Aeronauts. Bob Reiber, treasurer with the Aeronauts, said as of the beginning of the week, there were about 50 pilots registered for the event. Planes include P51 Mustangs and other fighter planes, a Nieuport 28 and other bi-planes, and several turbine-powered jets.

“We do have some jets come. We welcome them, Reiber said. “But basically the two don’t mix very well. The warbirds putter along at 35 mph and the jets go by at 200 mph. They are different styles.”

Most aircraft are 1/6 scale or larger. And then there are Carl Bachhuber’s planes. The Wisconsin man is bringing an HE-111 bomber and a Sikorsky S-43 flying boat.

Reiber said the success of the event generally depends on the weather. The past couple of years, rain has put a damper on the fly-in.

This is the 60th year for the Chatham Aeronauts. Reiber is concerned the club is shrinking through fatal attrition.

“We lost four or five club members this year. They died. We’re all getting older. I’m not sure how much longer it’s going to go on,” he said of the Warbirds and Classics event.

The key is to get the younger generation interested. Reiber said he started young.

“I flew as a kid. When I got married, that was the end of it until I retired,” he said. “I’ve been doing it again for about 15 years. I’d say more than half our club is made up of people who are retired.”

The Warbirds and Classics event takes place Saturday and Sunday. Admission is $5 per carload of people.