Members of the Chatham-Kent Police Service took on students and staff of St. Clair College in a charity softball game Friday. Here, Dave Miller waits for a pitch.

The score didn’t matter, as both sides had plenty of fun. But it was obvious more than a few of the officers play ball regularly and spend time in the gym.

Admission to the event was two canned goods. 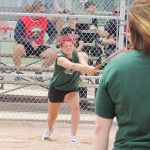 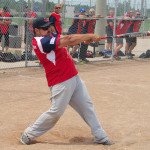 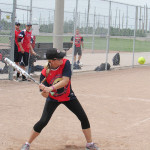 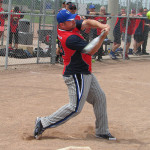 « Cops finally get their man Lunch connects cops to community »