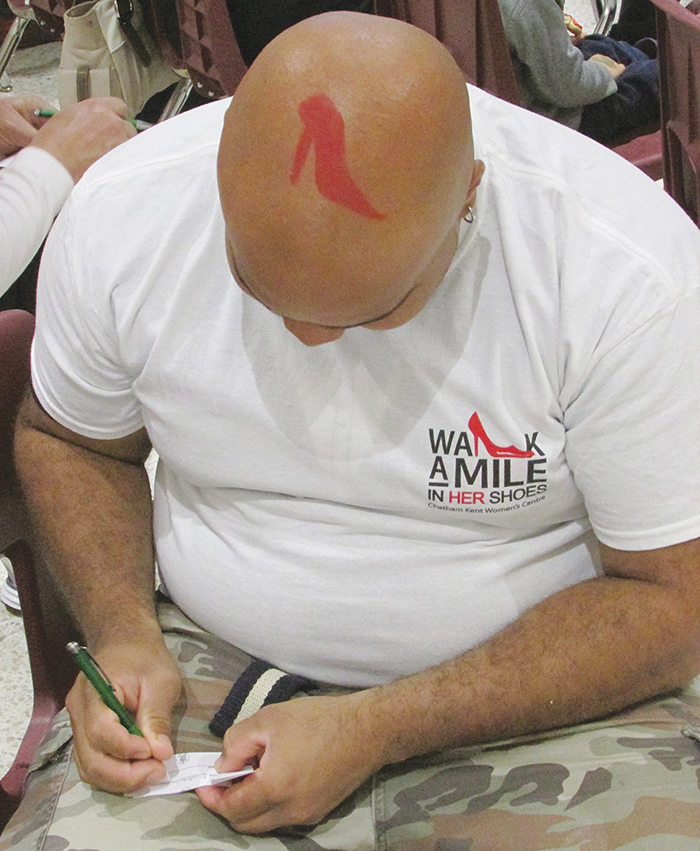 Supporters in the cause to raise awareness of violence against women marched through the Downtown Chatham Centre as part of the seventh annual Walk a Mile in Her Shoes event.

More than 75 walkers raised over $25,000 for domestic violence awareness in the annual Walk a Mile in Her Shoes event Sunday afternoon at the Downtown Chatham Centre.

For the first time in its seven-year history the Chatham Kent Women’s Centre event was moved indoors due to inclement weather.

Tracy Lucio, CKWC’s community development co-ordinator who organized the event, said the move indoors went off without a hitch.

“We had great cooperation from the mall,” she said. “It’s just one more way the community supports worthy causes.”

She said businesses throughout Chatham-Kent and as far away as Niagara Falls donated prizes and more than 50 volunteers including those from Forward City Church helped in set up and take down.

The event featured a performance by the Sterling Blues Band as well as draws, raffles and other activities.

CKWC Board Chair Darlene Smith said the continued support of the community means a lot.

“It’s fantastic to see the number of men, and their families, who are willing to take time out to support an end to domestic violence and assistance for its victims.

The fact you are here – in high-heeled red shoes – not only shows you are a special kind of brave; it shows that you support healthy relationships and you want to see an end to gender-based abuse. Just by being here, you are putting forward positive ideals of masculinity to your peers and the next generation of boyfriends, husbands and fathers.”

One of the aims of this year’s event was to increase participation among young people. Blenheim District High School and Chatham Kent Secondary School students earned awards through strong participation.

Chatham Kent Essex MP Dave Van Kesteren called Walk A Mile one of the best events ever staged by the Women’s Centre.

Van Kesteren, who has participated in all but one walk when he was out of the country, said in terms of awareness, the walk is worth several times its fundraising benefit.
“More people than ever are aware of the issue of violence against women – you see evidence of that when you look around the crowd today,” he said. “There are men, women, teenagers, children, senior citizens, and just about every segment of our community.” 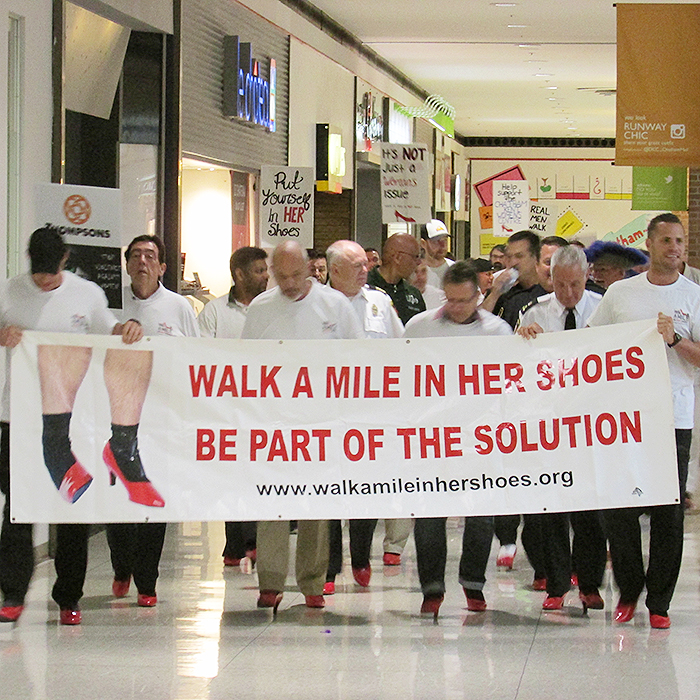