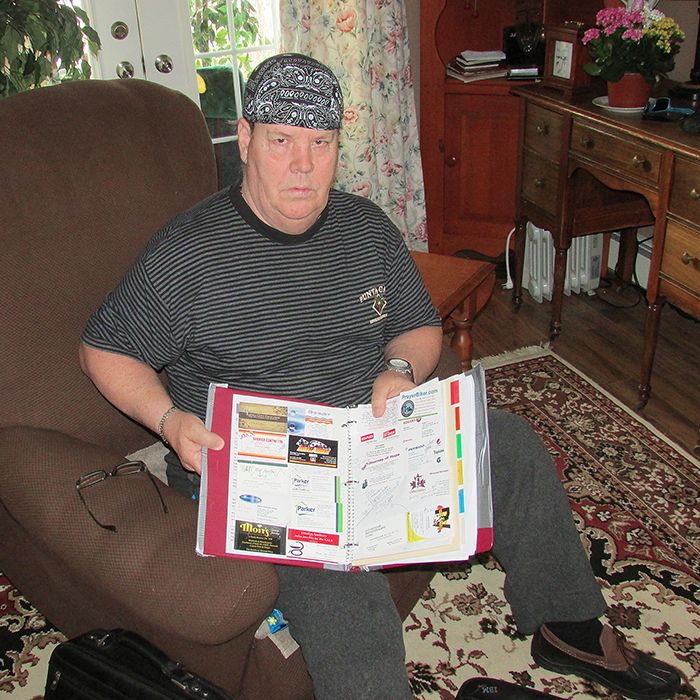 Don Wells believes he has one more journey in him.

The Wallaceburg area resident has announced plans for his third Journey of Hope, a 160-kilometre walk to benefit those who suffer from childhood leukemia.

Last year, Wells undertook a 2,100-kilometre E-Bike journey from Wallaceburg to Kingston to Owen Sound and back home to benefit breast and prostrate cancer. He raised more than $5,000, but believes the awareness factor had a value several times that amount.

“People are busy and sometimes all it takes is a reminder that there are things they can do to change the world to get them to act,” he said.

His first trip in 2013 raised several thousand dollars for an Owen Sound soup kitchen and homeless shelter as he took an electric scooter from that city to Ottawa in time for Canada Day.

Last year’s trip was going to be his last as health problems, including prostrate cancer, were taking a toll on him, however, he’s determined to try once again.

“The only things I’ve ever quit on are drugs and alcohol,” he said. “As long as I’ve got the energy, I’m going to keep going.”

Unlike the last two years, Wells is going by foot.

“I’ve lost more than 40 pounds and I’m going to make it even if I have to limp the entire way,” he said.

This year Wells’ journey will begin in Port Lambton June 22. He will travel through Walpole Island, Wallaceburg, Dresden, Chatham and Windsor (at the Brentwood Recovery Home) and ending at the Windsor Tunnel on his 66th birthday, June 29.

Brentwood has special meaning to Wells.

“I graduated from Brentwood over 30 years ago,” he said. “Brentwood and faith in Jesus turned my life around.”

Donations can be made through TD Canada Trust Branch 3792 or online here.