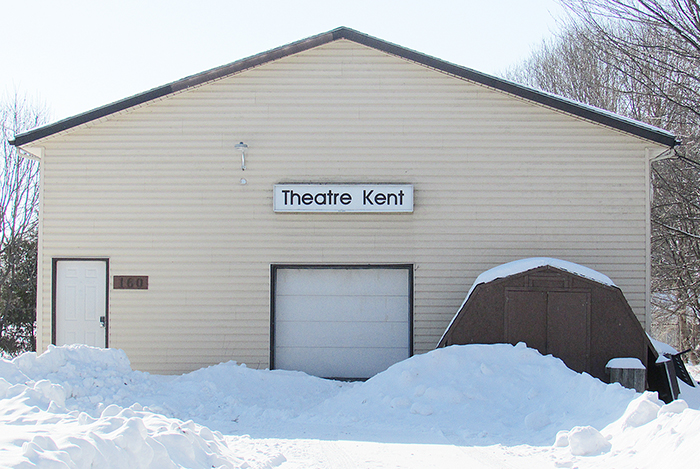 Special to The Voice

After 25 years, Theatre Kent has announced it will no longer have a permanent bricks and mortar home.

Since 1990, when the community theatre group purchased the building from the former Kent Board of Education, the building has rested on property once owned by the City of Chatham, on Stanley Avenue, adjacent to the current Eden Villa retirement home.

Initially, the former city leased the land to Theatre Kent at a cost of $1 per year, but some years back, the Municipality of Chatham-Kent sold the land.

Karen Robinet, president of Theatre Kent said that while the first two private owners of the property were able to accommodate the group, Eden Villa’s owner has other plans for the land and the building will be demolished.

Robinet said that while the group may be losing its space as of May 15, it would continue to provide top quality theatrical opportunities for its many patrons and members.

“We’re bigger than a building,” she said.

The group officially received 90 days notice to vacate the building, but Robinet said it’s something that the group had known could happen ever since the municipality sold the land.

And, though the group has the option of moving the building, Robinet said that they have neither the financial wherewithal nor a location to do so.

Robinet said the group will explore all of its options in the coming months and will embrace a “somewhat nomadic” approach to its rehearsal schedules and board meetings while a long-term plan is developed.

The most immediate need the group will have is finding somewhere to build sets for its next season, and Robinet said if anyone in the community has a suitable location for that activity, the group would be happy to hear from them.

Theatre Kent performs its shows at the Kiwanis Theatre, but their building – a former school portable – is currently used to store the group’s costumes, properties and for set construction, along with serving as rehearsal space and a venue for various meetings and workshops.

Phone messages can be left for Theatre Kent at 519-350-3851and the group also has a Facebook page.