The three-bag limit for curbside garbage is upon us, and one expert sees it as an all-around boon.

Rick Kucera, Chatham-Kent’s manager of environmental services, said the three-bag limit went into effect in mid-January, and it could actually help the municipality save money, generate cash, and lessen the smorgasbord options for area crows.

By reducing the curbside bag limit by 25%, he said there will be savings in terms of waste hauling and tipping fees at the Ridge Landfill. In short, we’ll be sending less garbage to the dump.

And that means more recycling.

“We hope for 10% savings in terms of cost, not 25%. Some people are going to pack four bags into three,” he said. “But hopefully most will get smarter on how they manage their waste and do more recycling.”

The municipality had its four-bag limit in place since 2007.

Kucera said the decision to drop to the three-bag limit came after an in-depth review over the past 18 months. It timed out well with the fact the waste management contract for Chatham-Kent ran out at the end of 2014.

Kucera said the decision was also driven by the fact Chatham-Kent’s overall blue box recycling performance was weak. He said some residents don’t even bother to recycle, and others could be doing more. He hopes the bag limit will nudge them in the right direction.

He added the provincial average for family garbage generation is about two bags a week. He sees the three-bag limit here as easily doable.

“We’re a family of five. Getting to three bags is a piece of cake,” Kucera said. “Our recycling bins are packed, however.”

If space in your recycling boxes becomes an issue, there is a simple solution.

“If you need an extra box, just come in and get it,” Kucera said.

With the new waste contract, Kucera said there is now a revenue sharing option in regards to recyclables.

“As the value of recycling increases in Ontario, we will see a return against our costs for our performance,” he said. “It’s another reason to encourage recycling, because we make money.”

A drop in the number of bags of garbage left at the curbside each week could cut the mess the crows leave in urban parts of Chatham-Kent on garbage days.

“Fewer bags curbside will help with crows. But people need to use rigid containers with a lock-down lid, or the carts,” Kucera said. “Ideally that will limit the crow’s activity and the mess they make.”

He said what is typically acceptable are regular-sized garbage bags and prescribed containers. That includes the 95-gallon Carts Ahoy containers.

“Those port-a-carts hold three bags, which we used to call four,” he said. “The capacity is really three and a half bags. We were sort of short-changing people before. The easiest way to go forwards was to continue to accept them as a three-bag limit and hopefully encourage people to use them.”

Kucera is a big proponent of the carts. He said they serve more than one purpose in Chatham-Kent – they contain the family’s garbage and keep the crows from ripping into the garbage and making a mess.

“The reality is they cost a little more, but I look at all the products on the streets; there’s a lot of junk out there,” he said. “You can get a garbage can at $10 a pop, but how many do you buy over the next several years? With Cars Ahoy, these carts are lasting 10 years or more. They are designed to last.”

Kucera said there has been very few complaints from residents, adding the calls are more for clarification.

“I think we’ll hear from the people who didn’t hear about it (the bag-limit reduction). We’ll have to try to educate them,” he said.

He sees February as an excellent time to have households make the transition, as people generally generate less garbage in the middle of winter than what they do in spring and summer.

Residential garbage isn’t the only area that has undergone stricter bag limits. Kucera said businesses are now limited to 24 bags of garbage, down from 30. BIAs and downtown associations in Chatham-Kent have been given the news. 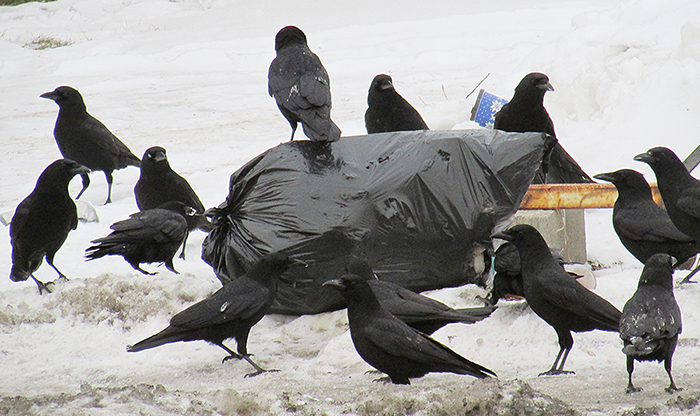