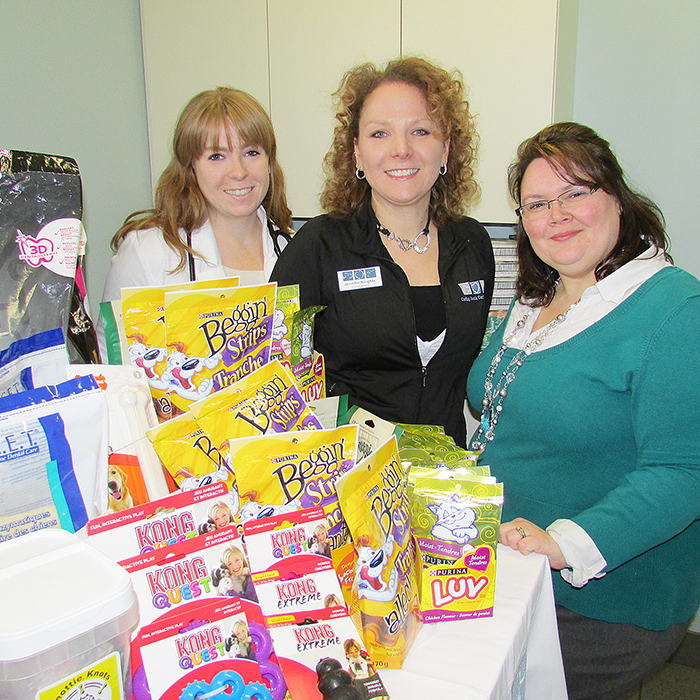 From left, Caitlin Goldhawk and Jennifer Knights of the Chatham-Kent Veterinary Professional Corporation donate a pile of pet food and toys, along with money, to the Kent County Branch of the OSPCA.

Proceeds from the annual Soiree for Strays morphed into pet food, toys and a cheque recently.

The Soiree, held last November, raised $4,250, which C-K Vets donated to the OSPCA in the form of the money, food and toys.

About 100 people attended the third annual Soiree, which included an auction.

« A mother’s column of her son TekSavvy evacuated »