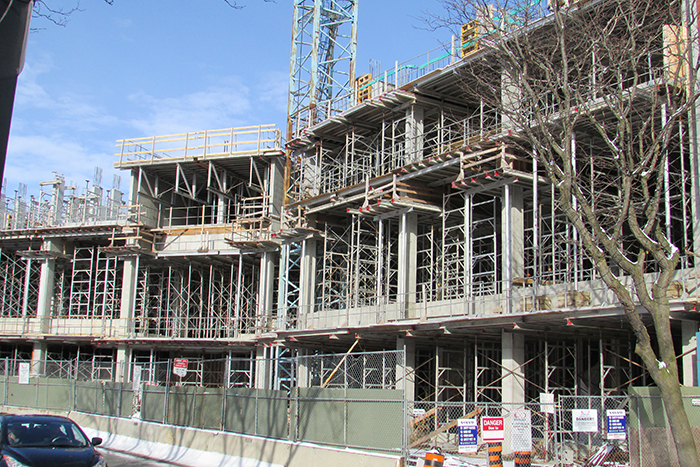 An unattributed story claiming the Boardwalk on Thames project is underway again has angered the owner of a downtown business who says the site remains idle.

Blackburn Radio quotes an unnamed “neighbouring business owner” as saying workers have been seen at the site and that an unnamed company has been contacted to have a crane operator on site this week to off-load steel.

Craig Francis of Chatham-Kent Pawnbrokers said neither he nor the businesses operators he’s spoken with have talked to any media since The Chatham Voice broke the story of the stalled $50 million condominium earlier this month.

“If they want to quote someone, do it,” he said. “Otherwise, it seems like the story just ads more confusion.”

“Flat out, there has been no work on the site,” he said. “There were people here securing the site and removing heaters so they aren’t stolen, but that’s it.”

Francis said he spoke with someone familiar with the construction during a visit to the property.

The radio report claimed crane workers were to be on site this week to load steel.

“I haven’t seen the crane move and it’s Thursday. I’d love for something to happen but I won’t believe it until I see it.”

Francis has been vocal that the municipality needs to get some assurances about when and if the project is going to proceed since it has blocked off one lane on King Street.

Calls to Victor Boutin were not returned this morning.

The 12-storey project was to be completed last year. Officials with the company have said 80% of the more than 300 units were sold in 2013.